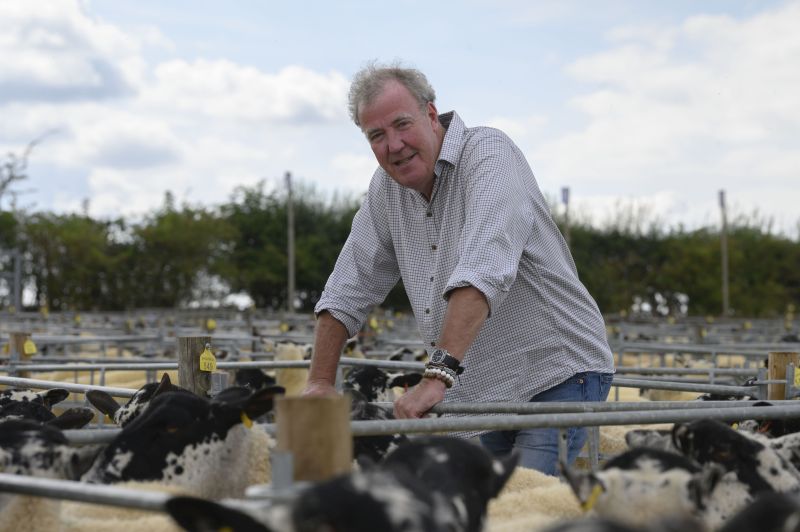 The series will be filmed throughout one whole farming year

I Bought The Farm, an eight part series following Jeremy Clarkson as he attempts to run his very own 1000-acre working farm, is officially in production.

The series will observe the highs and lows of what the former Top Gear presenter hopes will be a rural idyll, but could just as easily become a rustic nightmare.

Clarkson, a self-confessed “inept townie” with zero agricultural knowledge will, along with some help, try to set up a viable working farm in modern day rural Britain.

Beginning this autumn and filmed over the course of one farming year, Amazon has officially confirmed the series is now in production.

Following the success of The Grand Tour, which is one of Amazon’s most-watched shows worldwide, I Bought The Farm will be available exclusively on Prime Video in more than 200 countries and territories.

Clarkson can be seen on his farm in a video posted this morning on @PrimeVideoUK, where he commented: “Good news! I can finally confirm that I’m going to be spending the next year, in the rain, making a show about farming for Amazon Prime.

Because @JeremyClarkson is born for the rain, and farming... Follow @PrimeVideoUK to see how Jeremy's new project flourishes. pic.twitter.com/KyXcmsMEV4

“Of course to be a farmer you have to be an agronomist, a businessman, a politician, an accountant, a vet, and a mechanic. And I’m… none of those things. I don’t even know what agronomist means.”

Georgia Brown, Director of European Amazon Original Series, added: “Jeremy is one of Britain's finest exports and I think I speak for the entire nation when I say I can’t wait to see what will happen when he turns his usually petrol-covered hands to life on a working farm.”

Peter Fincham, Co-CEO Expectation, said: “I’m excited to be one of Jeremy’s farm hands. He’s really passionate about farming, and tractors, and all the other stuff that he thinks he knows about.

“This series will showcase a new, wiser, muddier Jeremy than we’ve seen before. Can’t wait.”