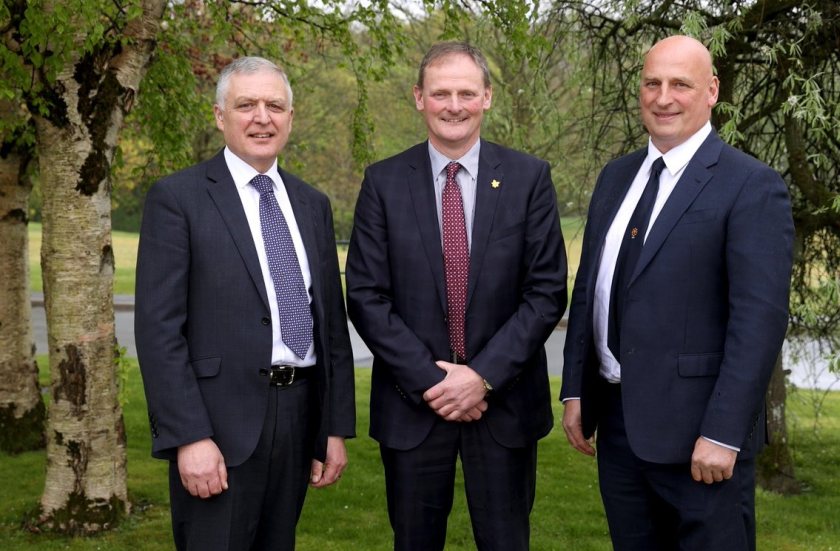 The union appointed its new leadership team at its annual general meeting, which took place at CAFRE’s Loughry Campus, Cookstown.

He will be joined by newly elected deputy president John McLenaghan from County Derry.

Addressing council members at the AGM, Mr Brown reinstated the importance of ‘the land first’ when it comes to food production.

He said the war in Ukraine had led to the European Union revaluating its farm-to-fork strategy and green agenda.

But he warned that the UK had 'stuck rigidly' to the approach that markets would adjust, and so far, had resisted accepting there was any challenge to food security.

He pointed to the UK's self-sufficiency levels, which since the 1980s has reduced from almost 80 percent to 60 percent at current levels.

“As farmers we understand you can produce more cattle, sheep, pigs or poultry, but the one finite resource that there is no more of is land," Mr Brown said.

"Throughout Europe an area one quarter of the size of Northern Ireland is taken for roads, buildings and infrastructure every year.

"That is without giving any consideration to the ‘land use land change’ measures contained within the climate committee proposals."

He added: "If all of these are implemented to combat climate change it will put inevitable pressure on our farmland and food production capacity.

“In our intensive sectors we depend on land to produce the grain, for free range or the ability to return the manures that increase our productivity.

"You can do nothing better than invest in your land and in your soils. It will repay you many times over in the food it produces."

Mr Brown also said that the farming industry faced huge changes due to the UK's future agriculture policy, which will be rolled out in the coming years.

"Developing policy means you need consensus and we as farmers, are not the easiest to find consensus with," he said at the AGM.

"As different sectors and individual independent farm businesses, we all have a view on what would work for us.

"There is however one basic principle, if it is not profitable, it is not sustainable, and our young people will run away from it."