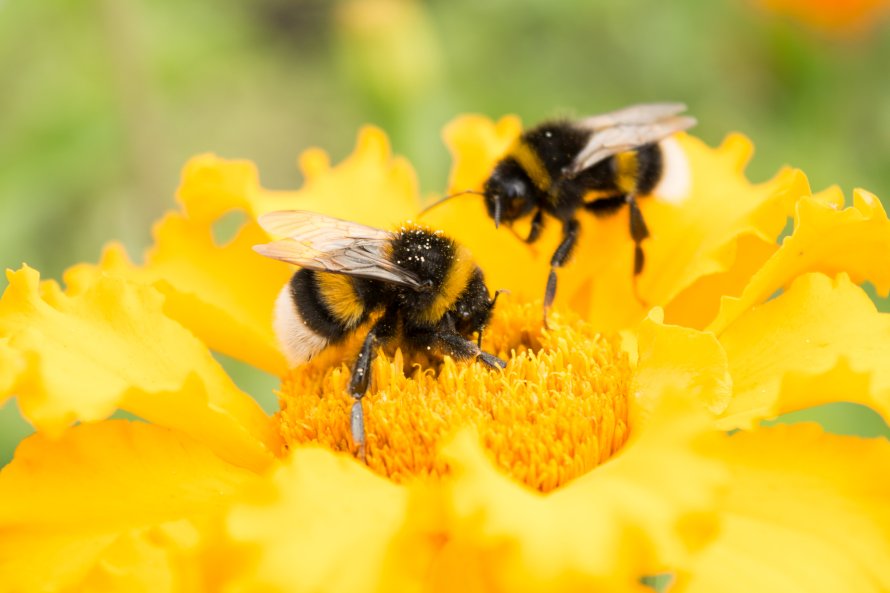 A co-formulant found in commercial fungicides in the UK significantly affects the health of bumblebees, a new study has found.

Exposure to alcohol ethoxylates – a type of co-formulant used in fungicides – can cause mortality in bumblebees, according to the research.

This represents a large gap in pesticide regulation, researchers at Royal Holloway, University of London say, as the study "demonstrates co-formulants can drive the entire toxicity of a product".

Regulation of pesticides usually focuses on the main ingredients in the pesticide product and their impact on bee health.

Ed Straw, PhD researcher and lead author on the paper said: “The results of our research demonstrates gaps in the pesticide regulatory systems in the UK and EU that are putting vital bee populations at risk.

“Whilst 30% of bees exposed to the fungicide product died, the other 70% were far from healthy; they had damaged guts, were eating about half as much food and were losing weight.

"Pesticide regulation typically only looks at whether or not a bee dies, but we found that even bees who survive can be under severe stress.”

The researchers tested a small oral dose of the fungicide product, and equivalent doses of each individual co-formulant in the fungicide, which enabled them to measure the toxicity of the chemicals.

By doing this, they were also able to identify the ingredient in the fungicide that was responsible.

Beyond finding that the co-formulant was dangerous to bees, they also identified problems with how pesticides are regulated in the UK and EU.

Professor Mark Brown of Royal Holloway added: “While the results of lab experiments like this are often questioned, other research done under field-realistic conditions within the PoshBee project show similar results.

"This combination of results, enabled by this European-wide project, really supports the idea that co-formulants in pesticides need to be considered more seriously as threats to bee health.”

The work was funded by PoshBee, an EU-wide collaboration of scientists working to understand the impacts of pesticides on bee health.