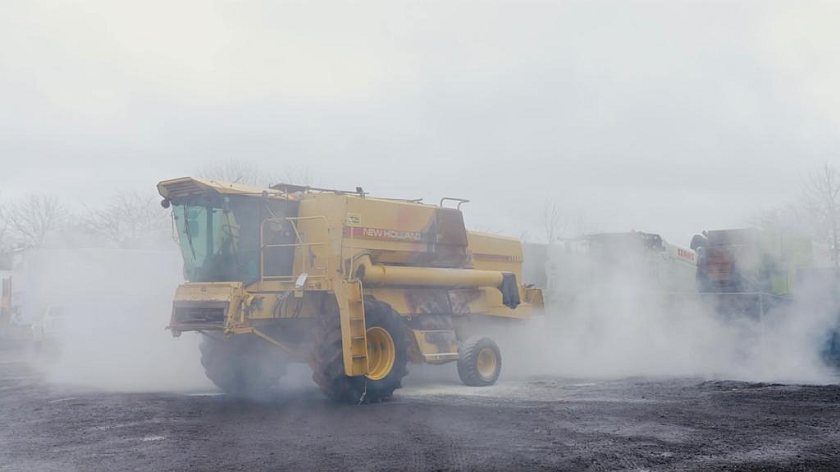 Combine fires can be reduced or prevented altogether by suppression systems

Farmers are being encouraged to install suppression kits on their combine harvesters to help protect lives and property during this year's harvest.

NFU Mutual is offering incentives for combines fitted at point of purchase, or retro-fitted, with suppression systems which meet P-mark certification standards.

In 2020, the rural insurer dealt with more than 80 combine harvester fires, including eight which were valued at over £100,000 each.

The P-mark approved suppression kits involve dual agent systems which have two cylinders, one with powder and the other with a foam.

The powder acts by interrupting the chemical reaction taking place and cutting off the oxygen supply.

The foam suppressing agent in the second cylinder rapidly cools superhot surfaces of over 200°C in larger engine bays which also hold turbo chargers and filters.

Tom Murray, from the Agricultural Vehicle Underwriting Team at NFU Mutual, said combine fires put lives at risk and cause disruption to harvesting.

"Sometimes engine bay fires can break out despite regular maintenance and removal of debris, but suppression systems mitigate risks and significantly reduce the severity and frequency of farm fires.”

In a recent demonstration, NFU Mutual, along with suppression manufacturer Fireward and agri salvage firm Adam Hewitt Ltd, set fire to a combine and put a P-mark system to the test.

The tests have shown that fires can be reduced or prevented altogether by suppression systems.

Mr Murray said: "When an engine bay catches fire, it needs to be rapidly detected, effectively contained, and quickly extinguished.

"While insurance can cover the cost of a replacement, farmers still risk losing critical harvesting time during a tight weather window and huge difficulty hiring a combine when machines are in high demand.”