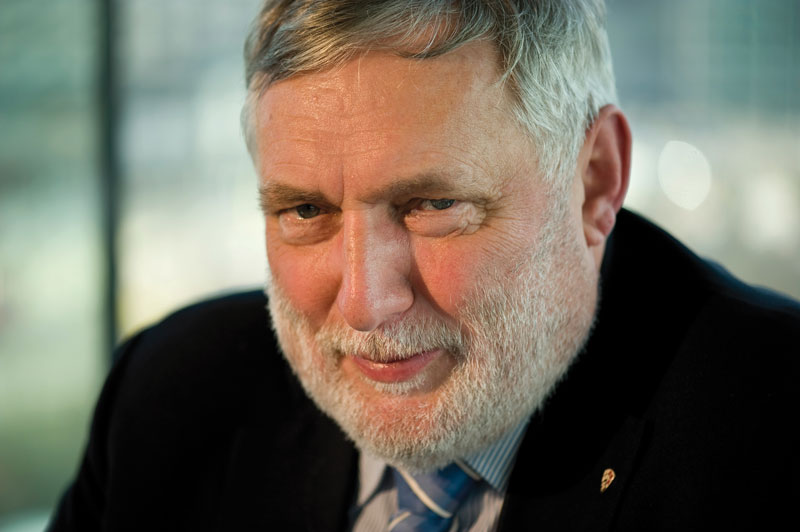 The Austrian politician issued the warning during a speech to a gathering of international egg industry representatives in his native Vienna. Fischler, who was EU agriculture commissioner from 1995 to 1999, told delegates at the International Egg Commission conference that supplies of GM soya were vital to egg producers in Europe, despite the objections of those who wanted Europe to halt imports of genetically modified material.

The former commissioner described soya as the "most difficult question" for the EU. "Europe is very weak in soya production or other protein plants, so most of the protein is imported," he said. Nearly two thirds of the protein plants used in Europe were soya and more than 90 per cent of that soya was imported, he said.

In 2009 several shipments of soya to the EU from the United States were impounded following the discovery of small traces of unauthorised GM maize. With shippers reluctant to send cargoes to Europe only to have them turned away, the issue threatened to cause major problems for the livestock industry. Concerns about cross-contamination between GM and non-GM shipments eventually resulted in a change of law in the European Union in 2012 when the EU relaxed its previous policy of zero tolerance towards non-authorised GM contamination of feed imports to permit 0.1 per cent non-EU approved GM in imported feed. The European Commission said in a statement at the time, “The regulation... addresses the current uncertainty EU operators face when placing on the market feed products imported from third countries.”

But incidence of cross-contamination around the world has increased, according to a recent United Nations report, and some objectors are still pressing for a complete ban on GM material - a move that would be catastrophic for farmers, says Franz Fischler.

"It is clear that we in Europe would have to stop production if we couldn't import any more genetically modified soya products. This is absolutely clear. Anything else is an illusion," he told IEC delegates in Austria. "I know that some, especially unfortunately in my own country, say we need a total ban on genetically modified products, but the consequence would be that we would import the eggs and the poultry instead of the feeding stuffs. That, for some of you, would be perfect, but for European producers it would be a catastrophe."

The issue of approval of GM seeds in Europe was an even bigger problem, he said. "Here it is really difficult because there is a majority of member states strictly against using seeds in the European Union." Earlier this year a political row erupted in Brussels over the proposed approval of a strain of genetically modified maize. Nineteen of the EU's 28 member states voted against approving insect-resistant Pioneer 1507 at a meeting in February, but under the European Union's weighted voting system their opposition was not enough to block it. According to EU rules, the Commission was legally obliged to approve the maize and it was required to do so "without undue delay."

A majority of EU member states subsequently backed a compromise agreement on GM authorisation that would maintain an EU-wide approval scheme but allow national cultivation bans. Under the compromise plan, the European Commission and the European Food Safety Authority (EFSA) would conduct assessments of GM crops. If a particular GM crop was deemed unsafe, no member state could approve its cultivation, said Tonio Borg, the European commissioner for health. But if it was considered safe, member states would be free to either cultivate the crop or decide to ban it for reasons other than environmental or health, such as for urban or rural planning considerations or on grounds of socio-economic impact.

The issue of GM cross-contamination in shipments of food and feedstuffs was raised recently in a report by the United Nations Food and Agriculture Organisation (FAO). The FAO said that incidence of GM cross-contamination had increased sharply. A survey conducted across more than 70 countries showed a "steep acceleration after 2009," said the FAO in the report. "The incidents have led to trade disruptions between countries, with shipments of grain, cereal and other crops being blocked by importing countries and destroyed or returned to the country of origin."

Renata Clarke, the FAO senior food safety officer in charge of the report said that the number of reported incidents was relatively small in comparison to the millions of tonnes of food and feed traded every day. But she said, "Because trade disruptions may be very costly, and given the reported increase in the occurrence of these disruptions, FAO conducted this survey and is holding a technical consultation to try to start a dialogue between countries on the issue." She said, "We were surprised to see incidents from every region. It seems the more testing and more monitoring they do, the more incidents they find."

The survey results were due to be discussed at an FAO-led technical consultation in Rome towards the end of March.