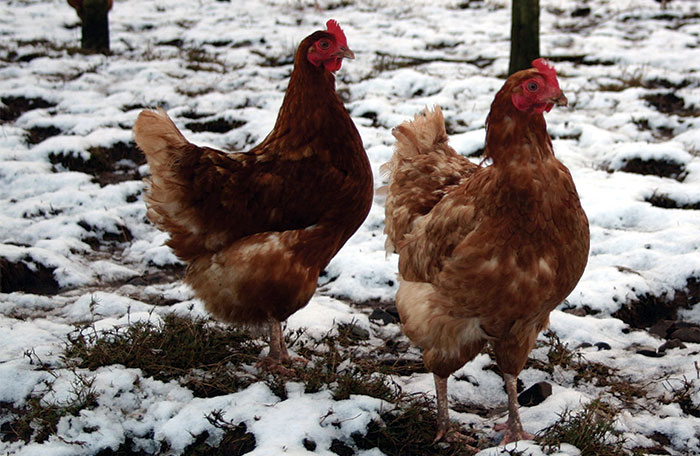 Anecdotal evidence suggests that an increasing number of free range egg producers may be selling up and getting out of the industry.

After a decade of consistent growth, the last two years have been very difficult for the free range egg sector.

Poor prices for their eggs and soaring feed costs have exerted fierce financial pressure on free range producers, and it would appear that some producers have had enough.

Equipment is now regularly advertised for sale in the pages of the Ranger and other magazines, one equipment supplier says he has seen a surge in free range producers wanting to sell up and John Bowler, who runs one of the biggest free range egg operations in the country, says that a lot of producers are getting out of free range.

Steve Carlyle says orders at Country Fresh Pullets have so far given no indication of people pulling out of the business - he said he saw some evidence of expansion - but latest chick placing statistics released by the Department for Environment, Food and Rural Affairs (Defra) show a substantial drop in numbers in February.

The number of commercial layer chicks placed in February this year was 2.4 million - 15 per cent down on the 2.8 million chicks placed in the same month last year. This follows a three per cent year-on-year fall in the figures for January, and may give some credence to reports of some producers selling up and getting out of the business.

Reids Equipment in Stratford upon Avon deals in both new and refurbished equipment for egg producers. Orland Reid says there has been a distinct increase in the number of free range producers wanting to sell up.

"In the past most of the equipment we obtained for refurbishment would have come from battery units. We would occasionally see equipment from free range if somebody was upgrading, but over the last 18 months to two years we have been getting free range producers ringing us to sell their equipment because they are packing up," said Orland.

"Free range is really going through it at the moment. For 10 years it has only been up for free range eggs. This is the first time they have experienced the downs and some will be better able to keep their head down and get through it. Some are just getting out, and it seems to be the smaller guys, especially producers with mobile units," said Orland.

Matthew from one estate agent spoke to the Ranger as he was working on the pre-liquidation sale of equipment owned by a free range egg operation in Devon.

"We are currently being instructed by the directors but once the liquidators are officially appointed we will take our instructions from them. We are looking to realise as much money as possible for the creditors by selling the equipment," said Matthew, who said he had done some research into the market in order to reach a valuation of the equipment, and what he found was a free range egg market that was struggling.

"I am being told of people selling up because they are struggling. It seems to be the smaller ones, people with 16,000 birds and less."

The sale involves the equipment from a 12,000-bird unit. The equipment up for sale includes nest boxes, conveyors and drinking lines. The producer had simply got into financial trouble, said Matthew, who said he had been told that other small producers were also struggling.

Roger Gent, the chairman of the British Free Range Egg Producers' Association (BFREPA) said he had seen no clear evidence that increasing numbers of producers were getting out of the business, but he said it would not surprise him if it was happening. "We were warning about it two years ago; there were simply too may chickens around."

He said that the free range sector had enjoyed some respite because no-one had expected that the cage ban would be implemented as strongly as it was and the ban had resulted in a shortage of eggs. "Now we have to stand on our own feet. We have a recession and consumers are struggling and we have seen our market share fall back a bit, although the consumption of eggs overall has gone up."

He said he thought that some equipment sales could be the result of some producers switching to multi-tier systems, but he also thought that the issue of economics was a particular problem for small producers.

Cost implications made collections more attractive from producers with larger units, said Roger. If it was smaller producers that were selling up, he could understand why that may be the case, he said.

Former BFREPA vice chairman Jeff Vergerson, who is an East Anglia representative on the BFREPA council, said, like Roger Gent, that he had no firm evidence of producers packing up, other than advertisements in magazines.

"But the feed costs have been so high for a long time," he said. "Producers with borrowings may be feeling the pressure from the bank. Free range supply has caught up with demand, I would be a little bit concerned about the summer months when we could be looking at a lull."

Although latest chick placing figures show a big drop, more worrying may be the statistics for eggs set published by Defra. Whilst the figure for January was three per cent down on the figure for the same month last year, February showed a 23 per cent year-on-year increase. The number of layer eggs set by UK hatcheries in February 2012 was 6.2 million; the number set in February this year was 7.7 million.

Steve Carlyle said that whilst he had come across a lot of people talking about getting out of free range egg production, he had seen very few people actually doing so. "They keep filling up," said Steve. "If anything, there are people still poised to expand, which is the opposite of what common sense tells you."

Steve's report of some producers possibly expanding and the possibility of a surge in bird numbers later in the year as a result of the increased number of eggs set may raise concerns amongst free range producers hoping that a return to balance in supply and demand may lead to improved prices for their eggs.