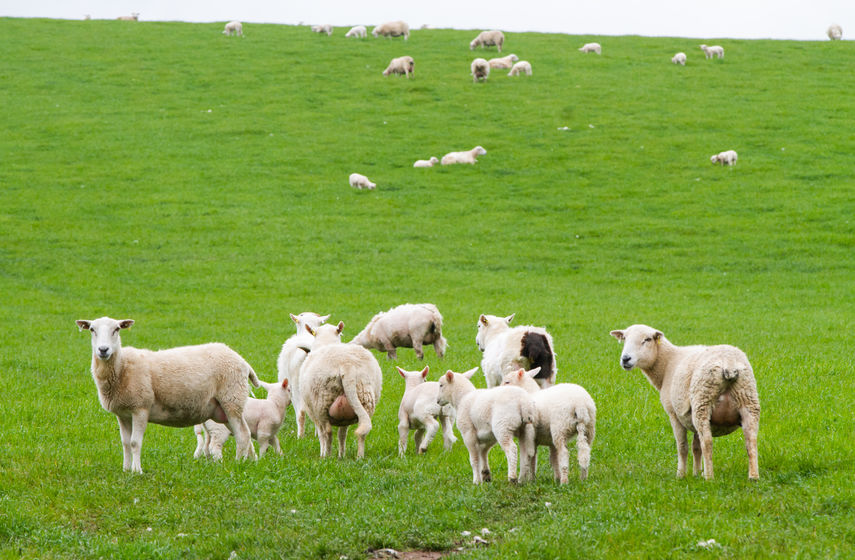 With COP26 a few weeks away, the new report sets out a transition for farming in Scotland

A panel of farmers, academics and NGO representatives have published a consensus pathway to help the Scottish farming industry reach net-zero by 2045.

In a debate that has been notoriously polarised, the inquiry was able to set out a credible way forward by bringing different perspectives around the same table.

After a 2-year long inquiry, the Farming for 1.5° panel has produced a set of policy recommendations to take the sector to net zero by 2045.

The panel warned that Scottish government couldn't achieve its climate targets without a transformation in farming as the sector accounted for 20% of the country's greenhouse gas emissions.

The key recommendations of their report, released on Monday (19 July), include whole farm contracts to deliver on farming and nature from 2024.

It also calls for a reduction in total emissions from agriculture while maintaining food production per capita, along with a rapid uptake in low methane breeding for cows and sheep.

The report proposes a pathway to 2032 and then to 2045 which supports farmers to deliver the transition.

It suggests targets for each of the three key greenhouse gases: For carbon dioxide, it sees some efficiency savings in the next ten years while the sector prepares for fully decarbonising farm machinery in the 2030s.

For methane, a reduction of 25% by 2032 will be through a combination of better animal health, improved genetics, early adoption of feed additives and better management of manures.

And by 2045 a reduction of 50% on current levels is possible through low methane breeding and widespread adoption of feed additives, the report says.

For nitrous oxide, the panel see a fall of 25% by 2032 through more efficient use of bagged nitrogen, manures and slurries, an increase in the use of legumes and the reduction of nitrogen use in the large areas of land being farmed for nature.

As part of the report, the panel heard evidence from experts on farming practices, environmental impacts and behavioural change; and conducted farm visits.

Nigel Miller, co-chair of the inquiry, said the newly-found consensus left him 'optimistic about the future of rural Scotland'.

"The inquiry journey has reached into soil health and sustainable cropping, in some ways revisiting principles which were established in the 18th century with the first agricultural revolution," he said.

"Cutting edge science, precision techniques and genetics have also been a significant focus. Both approaches will be part of the net zero future.

"The transformation pathway mapped out by the group is a holistic plan which balances the three core goals; food, biodiversity and the 2045 net zero target.

"It delivers for society as a whole but also provides an integrated route for farmers, crofters and land managers to deliver diverse and sometimes conflicting policy priorities.”

The Farming for 1.5° panel was established as an independent inquiry in 2019 by NFU Scotland and Nourish Scotland.

Other groups involved include Scotland's Rural College (SRUC), Scottish Forestry and the University of Oxford, among others.