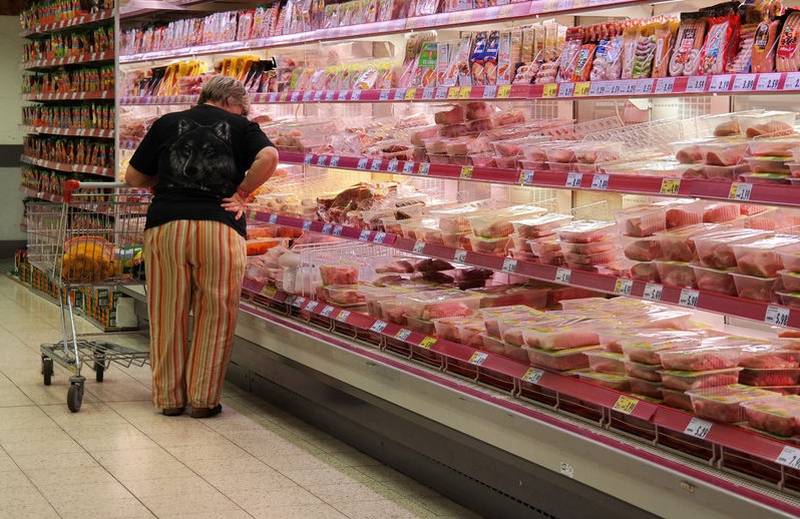 Packs had no clear indication of where the meat has actually come from, the shelfwatch survey showed

Consumers often struggle to identify where their meat comes from due to a lack of transparency on produce, according to a new survey.

The latest shelfwatch survey by NFU Scotland looked at almost 35,000 packs of pork, bacon and gammon in 47 supermarket stores across the UK.

It found that consumers will often struggle to identify where the meat has come from due to confused labelling and broad statements.

Marks & Spencer, Co-op and Waitrose were the only supermarkets found to offer 100% British pork, bacon and gammon.

All other supermarkets were found to be stocking fresh and processed pork, bacon and gammon products from a wide range of different countries of origin including the UK, Denmark, Holland, Germany and Ireland.

The survey showed that some own-label and branded products were labelled with more than one country of origin such as ‘Germany and Holland’ or even as broadly labelled as just ‘EU’.

And all too often, packs had no clear indication of where the meat has actually come from.

The results showed six per cent bacon, gammon and pork packs had an unclear or confusing country of origin.

It showed five per cent had mixed countries of origin on the same pack (eg. Germany/Holland) and 15 percent listed the ‘EU’ as the country of origin.

NFU Scotland will be working with supermarkets in helping them go forward to encourage better country of origin labelling.

The farming union said "it makes sense" for a business to be transparent with its consumers and offer them the choice they deserve.

NFU Scotland’s Food Chain Policy Manager Lindsey Macdonald said: “The lack of transparency found on some products, particularly processed goods, is alarming and is indicative of how little care is shown to label meat that is considered anything other than ‘fresh meat’.

“It is a hard fact that the ‘last point of processing’ oval on meat packaging does not tell customers where their meat has actually come from.”

Farm groups have been calling on supermarkets and brands to clearly label the origin of meat in order to help customers make informed decisions.

NFU Scotland said currently, the public have to find the small print somewhere on the back of a pack of bacon.

“It should never be a guessing game or an assumption to establish where your meat has come from,” Ms Macdonald said.

“The shelfwatch survey also showed that fake farm branding remains a huge problem and contributes to confusion. As an example, pig meat products bearing the ‘Woodside Farm’ brand at Tesco were, when examined, found to be from various countries around the EU and not one single source.”

In 2016, the NFU formally complained to the Chartered Trading Standards Institute over the use of ‘fake’ farm branding by retailers on some food products.

Ms Macdonald continued: “Going forward, I intend to work closely with the supermarkets falling short to help establish better transparency for customers and to celebrate those leading the way on provenance.

“I will also be liaising with other bodies to establish whether any breaches in labelling have occurred. In addition, NFUS continues to lobby for better Country of Origin Labelling following Brexit.”