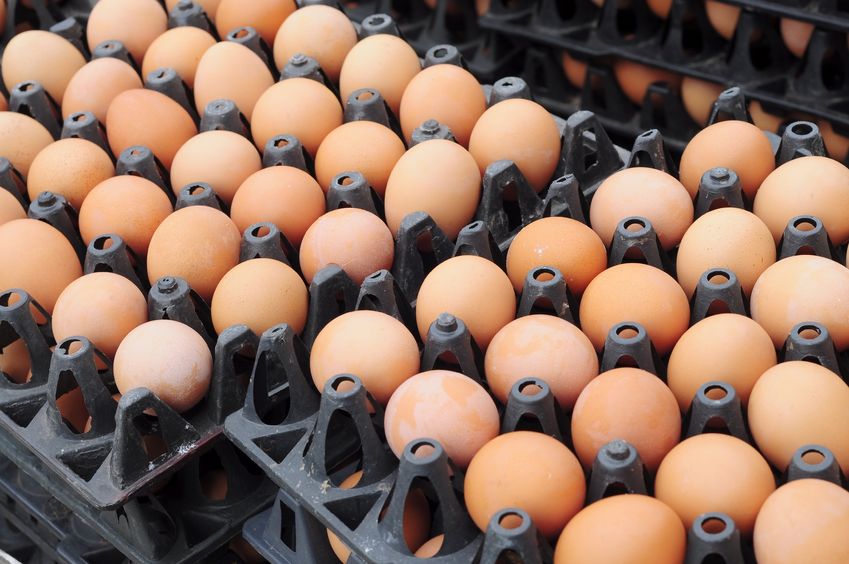 The new legislation has been described as "bizarre"

The legislation has been passed by legislators in Iowa - the largest egg producing state in the United States - and it has created an outcry amongst animal welfare campaigners.

But supporters of the new law have defended their action. Republican politician Lee Hein said: “I believe that we don’t need to bow down to the pressure of the animal rights groups, which are maybe growing, but are still a small segment of the population.”

He said: “I firmly believe that the regular Iowans wants a choice.”

The new law has been passed by both legislative chambers in Iowa. It applies to retailers who are involved in a food assistance programme run by the federal government for low income mothers and children.

The legislation could affect leading retailers like Walmart that have already committed to going cage-free by 2025.

Kitty Block, the acting president and chief executive of the Humane Society of the United States (HSUS), said the "factory farm lobby has reached a new low."

She explained: "This bizarre legislation would actually force many grocery stores to sell a product that businesses and consumers are increasingly rejecting; eggs from caged hens."

Whilst the vast majority of eggs produced in the United States each year still come from traditional cage units, there has been a trend recently away from cages.

Leading companies like Walmart, Subway, Costco, McDonald’s, Burger King, Nestle, Sodexo, Aramark, Heinz and Starbucks have committed to going cage free, and cage eggs have fallen to 85 per cent of the market.

Just two years ago Jenni Danby, chief marketing officer with happy egg in the US, said cage egg production could be completely eliminated in America.

“There has been a big shift just in the last three years as consumers have moved to more humane offerings,” she told FarmingUK.

Ms Danby said that a number of big food service companies had announced that they were switching to cage free eggs and some big retailers had made the same commitment.

“Certainly there is momentum behind the elimination of cages all together. It will take time and it will need a lot of investment,” said Jenni, but she said that the trend was now clear.

Kitty Block of HSUS said more than 200 companies in the United States had committed to going cage-free.

"Virtually every major food retailer has adopted policies requiring explicitly cage-free conditions - a vast improvement over cage confinement. These companies are simply listening to their customers, who are rightly concerned about the enormous animal welfare and food safety problems these cages cause," she said.

"Walmart, Costco and Dollar Tree are among more than 200 companies that are making the transition to cage-free. But instead of heeding the market’s demands, lobbyists for caged-egg producers want to make these transitions to cage-free illegal and force retailers to sell eggs from caged hens under threat of financial penalty.

She said: "In an ironic twist, factory farming corporations try to stop any regulation of their cruelty by saying that the free market should decide.

"But now that the free market, state legislatures and courts are deciding against the worst factory farming practices, the corporations are changing their tune and demanding that the Government bail them out, taking market share away from cage-free farmers."

This theme was picked up by opposition politicians. Democrat Sharon Steckman said: "I thought we were all about free enterprise and letting the market determine the price of things. I am in support of the small farmer in Iowa and there are many."

Another Democrat, Herman Quirmbach, said the law amounted to "direct interference in the market place."

But Republican Dan Zumbach said the legislation ensured a lower cost choice of protein was available to people taking part in the food assistance program. He said cage-free eggs were typically more expensive than conventional eggs.

In the UK, battery cage production was banned from the beginning of 2012 under legislation passed by the European Union.

And the UK has led the field in high welfare egg production. Half of the UK's eggs are now produced on free range units. The free range share of the market continues to grow.

In Iowa, animal welfare campaigners fear that the new legislation could slow the shift towards cage-free eggs.

It passed through both legislative houses with significant majorities. The House of Representatives approved the bill by 81 votes to 17; the Senate approved the legislation by 32 votes to 17.