Controversial rewilding plan and farmers 'could work side by side' 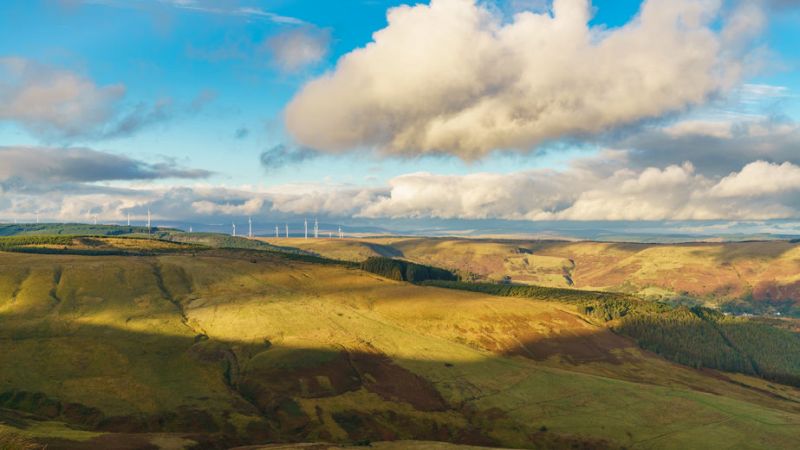 A major rewilding project in Wales is seeking to calm concerns from farmers by saying the scheme could work with the industry 'side by side'.

One of the biggest rewilding plans the UK has ever seen aims to restore a huge swathe of land in mid Wales.

Summit to Sea wants to restore 10,000 hectares of land so it can support ancient trees and wildlife, as well as transforming 28,400 hectares of sea in Cardigan Bay.

But farmers in the area strongly oppose the £3.4m plans as they say it would negatively affect rural communities who make a living from the land.

Rewilding Britain, the group taking on the project, told BBC News that such concerns are a result of a 'misunderstanding'.

Director Melanie Newton said that while the group understands why farmers are concerned, it was 'never a plan' to be a large scale rewilding project.

She said: “It really is about supporting landowners and anyone who wants to be a part of the project.

“It's not about rewilding, it's actually about looking at landscape sustainability and how that sits with traditional farming practices and how they can all support each other - they can sit side by side.”

Ms Newton added: “We want to support farming as it is - the threat to sheep farming is coming externally.”

The Farmers' Union of Wales (FUW) has in the past said that the project is 'not good' for the economy, for communities and for the species that live there.

“There's every scope for working with organisations that recognise the importance of farming and the dangers to our eco-systems of getting rid of farming from habitats in which they've operated for thousands of years.

“There's no room for working with those who wish to see land abandoned on a huge scale.”

It comes as Ecodyfi, a not-for-profit development trust, withdrew its support for the project last week.

According to the Local Democracy Reporting Service, the group had become 'increasingly disturbed' by the 'change of attitude' to the project.

“The project reflects the partners' focus on the environment, and pays much less attention to the cultural, linguistic, social and economic aspects of sustainable development, which are fundamental to the whole community,” Ecodyfi said.

A 12-month community engagement process will now commence as Summit to Sea looks to engage with farmers.