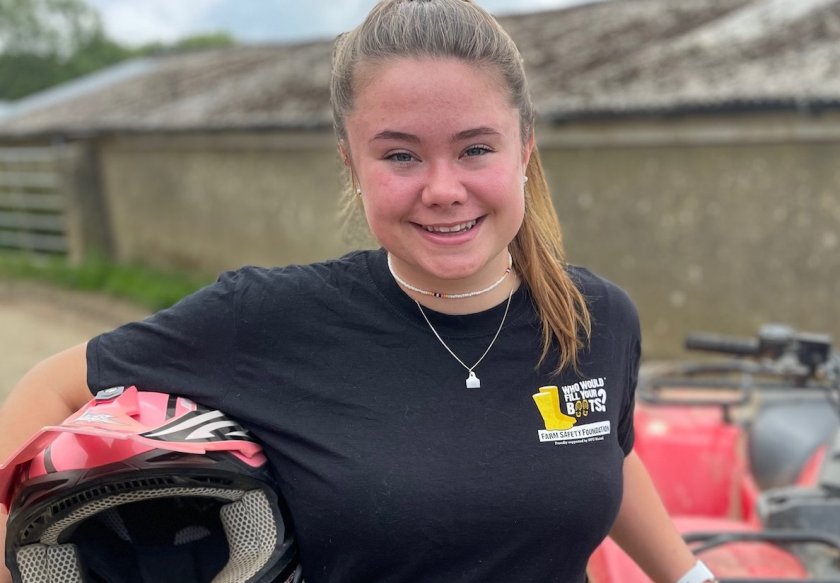 A young farmer from Cornwall with a large social media following has won an award for devoting her time to educating her audience on the topic of farm safety.

Maria Warne was revealed as the winner of the National Federation of Young Farmers’ Clubs’ (NFYFC) Farm Safety Award 2021 on Monday (13 September).

The 18-year-old has nearly one million fans on the social media platform TikTok and over 34,000 followers on her Instagram account.

She regularly posts updates from her family’s beef, sheep and arable farm and is well-known for involving her ‘Granfer’ – 76-year-old Tom Warne – in her posts as he speaks in a strong Cornish accent.

Maria, who is a Yellow Wellies Ambassador, devotes many of her updates to highlighting farm safety by sharing practical tips or discussing mental wellbeing.

The young farmer's dedication to promoting these messages to such a wide audience impressed the three judges the most.

The NFYFC launched the Farm Safety Award for the first time this year as part of its annual YFC Achiever Awards.

Judges Hannah Jackson – aka the Red Shepherdess, Steph Berkeley, Manager of the Farm Safety Foundation and Ed Dungait, NFYFC’s Vice Chair were unanimous that Maria should be this year’s winner.

Hannah Jackson said during the online ceremony: “Maria makes farm safety cool, which is exactly what we need.

"She is getting other people involved and taking them with her. She is reaching a huge amount of people and really bigging up farm safety.”

As well as Maria’s social media accounts, she has also encouraged everyone who works on the family farm to take a quad bike safety course and takes part in an annual voluntary workplace safety test.

Maria also faces her own physical and mental wellbeing battles after being diagnosed with arthritis at only 18-years-old and uses her personal experience to ensure others are aware of their mental health.

She said: “It humbles me to have been put into such a strong class with such outstanding candidates, who have all shown an incredible commitment to farm safety.

"I will endeavour to pursue my commitments to such a worthy message to sow and harvest amongst fellow agriculturalists both in farm safety and mental health within the rural community."