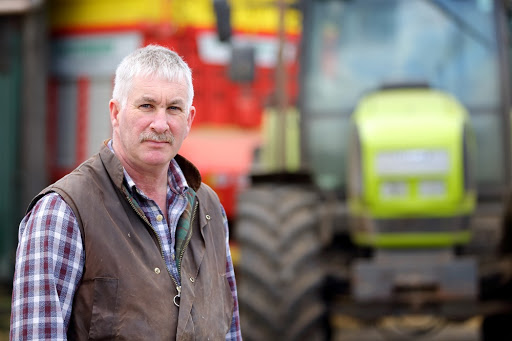 The UFU's nominated president, Victor Chestnutt. The AGM should have taken place in April but was delayed because of Covid-19

The Ulster Farmers' Union has proposed to hold a 'truly novel' drive-in annual general meeting in July as the Covid-19 crisis continues.

The proposal, based on current coronavirus guidelines, would involve large screens, social distancing and people taking part from their cars.

The union said the AGM would take place in late July at Balmoral Park, Lisburn. Confirmation is now needed from the Northern Ireland Executive.

“Given that drive-in churches, cinemas and restaurants can all now take place, we hope that the NI Executive will permit us to hold an AGM that is as close to normal as possible while protecting the safety of both our members and staff.

"A first – and hopefully a last – it will allow us to ensure that we have a president at the helm of the organisation,” said Mr Aston.

The AGM should have taken place in April but was delayed for three months because of the coronavirus crisis. The president and two deputies remained in post during this period.

However, with key issues facing farmers, including Brexit, the Agriculture Bill at Westminster and changes to the food market in the wake of the pandemic, the UFU said it was 'essential' to have a new president in place.

“Our AGM plays a key role in the organisation. This is not just about electing a new president,” said Mr Aston.

“It is an opportunity for the membership to publicly thank the outgoing president for his contribution. Ivor Ferguson has had a very tough two-year term, already extended by three months.

"This needs to be recognised. The approach we have chosen is about that recognition but also allowing the nominated president, Victor Chestnutt, the platform to set out his plans for the critical period ahead for farming."

He said the unique drive-in meeting would achieve this and would ensure that the Northern Irish farming industry was ready for 'huge future challenges'.

The union's chief executive stressed, however, that this was not a straightforward option, but 'neither were any of the alternatives'.

"All the proposed plans are built around creating an event that will keep all involved safe but also allow us to get on with the preparation for the busy times ahead," said Mr Aston.