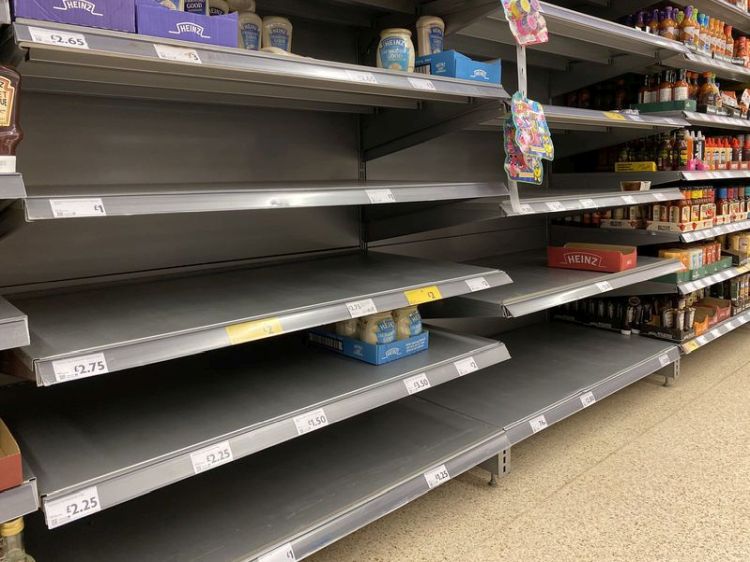 The government was 'unprepared' for Covid-19 and its impact on hospitality business closures and empty shelves in retailers, MPs have said in a new report.

Disruptions to food supply and unprecedented consumer demand at the start of the outbreak was seen in other countries before reaching the UK.

Given this, the Environment, Food and Rural Affairs Select Committee (EFRA) new Covid-19 and Food Supply report raises questions over the UK's response.

Although the report concludes that in many areas Defra’s response to food supply disruptions was commendable, it lays out a series of lessons that should be learnt.

Proving guidance for key workers in the food supply sector was too slow, including in relation to the use of PPE and social distancing measures, MPs say.

While they commend the industry for rapidly developing guidance in the 'vacuum left by government', they say guidance should be issued more rapidly in any future disruption.

Detailing the knock-on effect of hospitality sector closures on the entire food supply chain, the report calls on the government to closely monitor food and drink suppliers over the next 18 months.

EFRA chair, Neil Parish MP noted that despite warnings from other countries, government was 'constantly playing catch-up' in trying to support the food industry.

"The government’s actions to lock-down the country and close businesses were necessary, but they had huge impacts on the food supply chain.

“Once the pandemic set in, Defra responded well. However, there were misunderstandings in government about where - and how - people were going to get their food just before and during lockdown.

"Rather than “panic”, it was entirely reasonable that many people would be buying much more food in shops and online," he said.

"Excluding convenience stores and discount retailers from the national voucher scheme for free school meals also showed a significant misunderstanding of where families need to shop."

The government has also been urged to continue to fund the £5m a year FareShare project to redistribute otherwise wasted food from farmgate to frontline community groups.

With use of UK foodbanks almost doubling during lockdown, the report recognises food insecurity and food waste as significant problems, widespread throughout the UK even before the crisis.

The Committee demands that the government appoints a new cross-departmental Minister for Food Security who would collect robust data and implement sustainable change.

Mr Parish said: "Shockingly, millions of tonnes of food are wasted every year in this country. The government must continue to fund efforts to redistribute surplus food at the farmgate to those who need it.”

Elsewhere, the report warns that future crises affecting food, such as a disorderly end to the transition period or climate change effects, will pose 'potentially greater challenges'.

It calls for more resilience plans for the food sector, assessing the extent to which the UK's dependence on multi-national, just-in-time supply chains affects resilience.