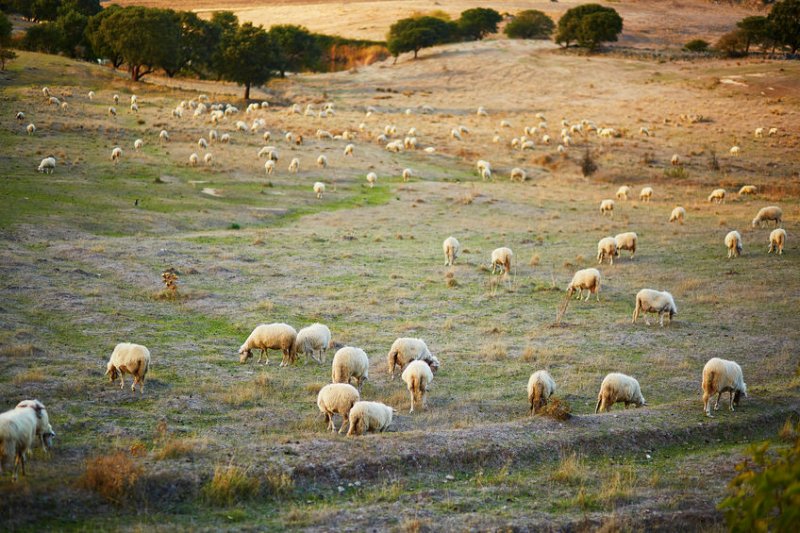 Sheep on pasture in Sardinia. Italy was one of the first countries to be affected by the pandemic, with the survey showing a drastic reduction in farmers' confidence
Sign in to add your own press release SIGN IN Register

The Covid-19 pandemic has knocked Italian and Dutch farmers' confidence the most compared to other EU member states, a new survey shows.

The EU Farmers Confidence Barometer, by agricultural co-operative Copa and Cogeca, was carried out over the first few months of 2020 across 10 member states.

It shows that European farmers' confidence levels varied as the pandemic took hold in the continent.

While the survey was conducted during the early stages of the crisis, it shows that the virus had an impact on the Netherlands and Italy in particular.

Italy was one of the first countries to be affected by the crisis, showing a drastic reduction in confidence as the pandemic hit them the hardest early on.

Difficulties stemmed from struggling to find seasonal workers, the closure of the food service industry and the major impact on wine demand from third countries.

The Netherlands also felt low in confidence. Copa & Cogeca explained this could be because of the drop in demand in the horticulture and floriculture sectors, which would normally witness seasonal highs in the springtime.

Dutch farmers' confidence is projected to fall further due to the 'inevitable collapse' of some sectors and a decline in sales prices and production volumes, the co-op said.

When asked whether farmers had faced any problems or difficulties whilst running their farms during the pandemic, Germany were the most positive.

Nearly two-thirds (62%) of German farmers stated that they did not face any difficulties, followed by Italy (56%) and Hungary (46%).

The problems most commonly encountered by farmers were weather conditions, input costs, a drop in agricultural prices, and environmental regulations.

Copa & Cogeca said the next edition of their barometer will highlight farmers' struggles throughout the pandemic, and will give a clearer picture on its impact on the industry.

The confidence index is calculated twice a year on the basis of the results of national surveys carried out in Belgium (Flanders), Germany, France, Hungary, Italy, the Netherlands, Poland, Romania, Sweden and the UK (England and Wales) on how farmers assess the current and expected economic situation of their farms.

The latest index did not include the United Kingdom.