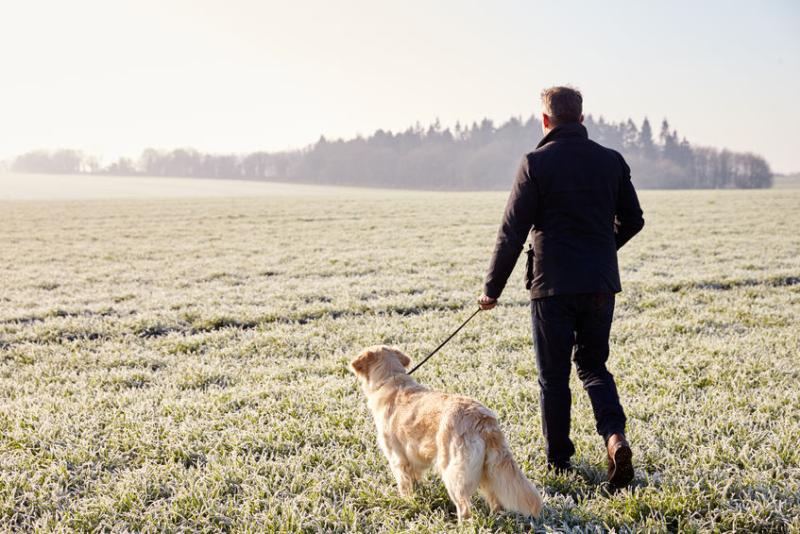 New figures by NFU Mutual how that the cost of dog attacks on livestock rose by 67 percent across the UK in the past two years.

The record level of claims cost the farming industry an estimated £1.6m in 2017, according to the rural insurer.

Scotland, the Midlands and the south west of England are the three most affected parts of the UK by cost.

The figures follow the release of a report by the All Party Parliamentary Animal Welfare Group which shows more than 1,800 farm animals have been killed by dog attacks in the space of four years.

And with February half-term approaching, NFU Mutual says dog walkers must make sure their pets are under control when near livestock, especially during lambing season.

One method farmers can use to deter such attacks is to put up signs warning dog owners to keep their pets under control.

Tim Price, Rural Affairs Specialist at NFU Mutual, said that attacks by dogs are one of livestock farmers' "worst nightmares".

“In addition to the suffering to the animals, attacks can have a severe financial impact. Insurance can cover the cost of replacing stock killed and the treatment of injured animals, but there is a knock-on effect on farm profits when pregnant sheep chased by dogs lose lambs,” Mr Price explained.

“While attacks can be caused by dogs ranging from the smallest pampered pets to the largest, fierce-looking animals, we are hearing that large husky breeds are involved in a lot of the recent cases.

“We are also getting reports that many attacks are being caused by dogs which have been let out in owners’ gardens and escaped to worry sheep in neighbouring fields.”

Mr Price said that as NFU Mutual is the insurer of nearly three-quarters of the UK’s farmers, it understands the "heartbreak" and "huge financial loss" that dog attacks cause.

To help reduce the risk of a dog worrying attack on sheep or cattle, NFU Mutual advises the following.

• Check stock regularly in case any have been attacked

• When possible keep sheep in fields away from footpaths

• Maintain fences, walls and hedges to make it more difficult for dogs to get into grazing fields

• Report any attacks to the police immediately