Could squirrel be the next 'must-have' meat on the plate? 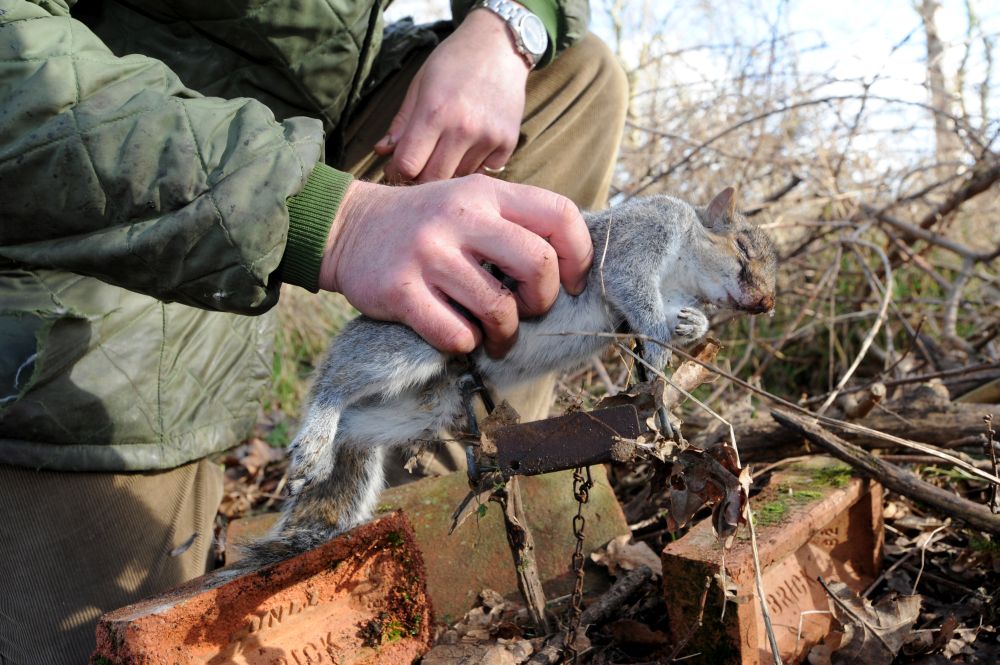 Farmers and food producers are at the mercy of the media and nutritionists who can change sales of particular food type or brands within minutes. Could squirrels be the next ‘must-have’ meat on the plate?

For the last decade the public have been told that eggs are bad for you, but now are told it is good. Pasta, cereals and pulses were supposed to be the backbone of a healthy diet, but now the public are told that people's diets’ glycaemic loads are too high and many consumers only buy gluten-free.

And milk, the saviour of children’s teeth and bones, is now being increasingly avoided by buyers seeking dairy-free diets.

But there is now a counter-revolution taking place. It is called the 'Paleo diet'.

Consumers who follow the Paleo diet are reverting to the diet of humanity's cave man ancestors. The hunter-gatherers of the past survived on a diet of meat from animals they hunted and fruits and berries that they gleaned from the plants and trees in the wild.

They did not eat seeds – seed (grain) eating only became possible after humans evolved from being hunter-gatherers to farmers.

In fact, farming is a blip on humanity's evolutionary timeline. Mankind's stomachs and digestion has evolved over tens of thousands of years to cope with meat, fish, fruit and nuts; carbohydrate and dairy based diets have only appeared in the couple of thousand years.

The hunter-gatherer meat, or game, that is now keenly sought after by Paleo consumers is widely eaten in farming and country households but has been declining as cheaper farmed meats have become available on retailers’ shelves. 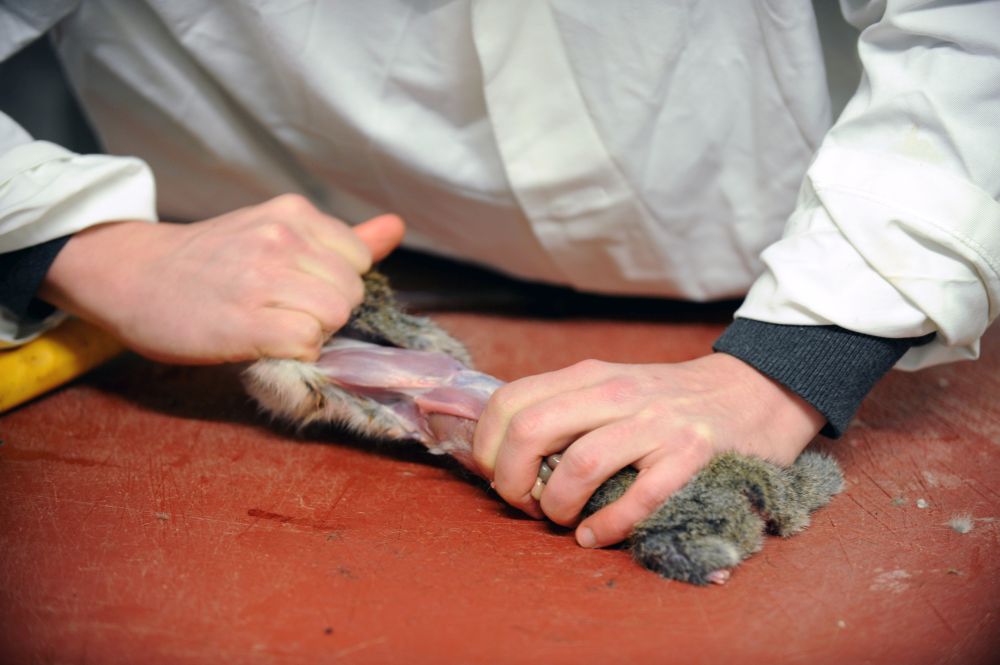 Game meat from animals harvested from the wild is much leaner than farm reared meat for obvious reasons and, while the low fat content is welcome nutritionally, it does provide challenges for the cook used to plain roasting.

Nonetheless, game meat sales are flying high, as research from Mintel finds the value of the game market has shot up by a third (33%) over the last five years alone.

It is venison which is the star performer in the market, fuelling growth in game meat.

Indeed, usage of venison has increased from 13% to 17% over the last 12 months. While venison is proving to be the most popular game meat amongst today’s Paleos, less than one in 10 have eaten hare or rabbit (7%), boar (7%) or pheasant (7%) over the past six months.

Meanwhile, consumers are experimenting with other more exotic game such as quail (4%), partridge (4%), guinea fowl (4%) grouse (3%), and squirrel which has only been eaten by around one in one hundred consumers.

Overall, one in four (24%) Brits has eaten game in the last six months. 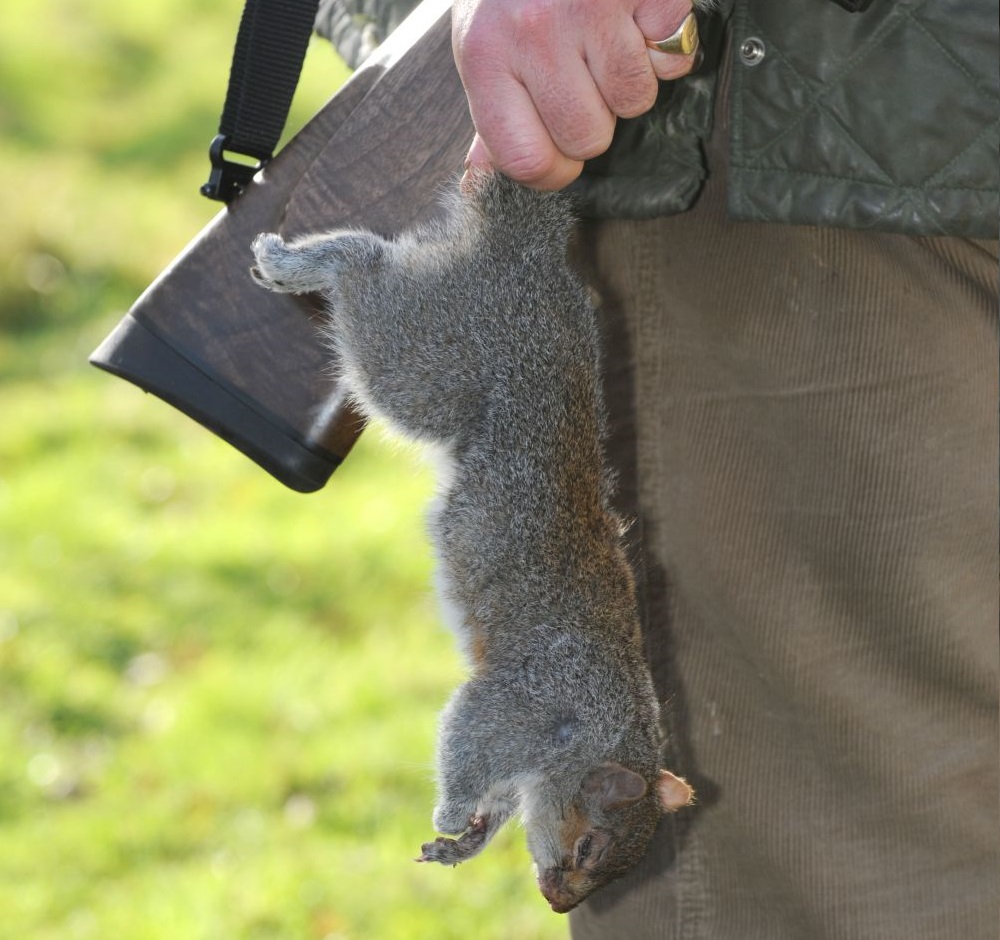 While sales of game are enjoying strong growth, Mintel research shows there is scope to propel this growth further.

Indeed, some 41% of Brits say they have not eaten game in the past 6 months but would be interested in trying it in the future.

There is no doubt that consumers are being experimental with their in-home meals, as part of the growing ‘foodie culture’ in the UK.

Consumers are looking to expand their repertoires beyond the standard meat and poultry products which are cornerstones of British meal times. Rising interest in scratch cooking and growing confidence in the kitchen is likely to be encouraging more people to branch out to different dishes, and perhaps recreate some which they have enjoyed in restaurants.

Exposure of game in programmes such as MasterChef and from TV chefs such as Gordon Ramsay and Jamie Oliver is also helping to boost awareness of cooking with game and this is feeding through into sales.

Switching from standard farm meats to exotic wild meats is easier the more familiar the cut. Paleos find it easy to swap from beef streak to venison steak, or from chicken to pheasant or guinea fowl.

Only small changes need to be made to the cooking or the recipe to produce a leaner equivalent of the standard meal. However the non-familiar cuts or game species give the apprentice Paleo more to think about.

One of the more challenging is the humble squirrel; it looks like nothing else on the supermarket shelf. But sales are booming for the few retailers who offer it on their shelves.

The squirrel finding its way into pies and casseroles is not the native red squirrel; it is the alien grey equivalent which was introduced into this country from North America about 150 years ago.

In the USA, the grey squirrel is regarded very highly indeed by game connoisseurs. Squirrel sustained this country’s earliest settlers and was commonly found on the 19th century menus of the grandest of hotels — even the White House.

President William Henry Harrison listed Squirrel Burgoo — a thick meat and vegetable stew — as one of his favourite foods.

The marketing launch for grey squirrel onto the UK consciousness happened quite by chance. The Wild Meat Company, an online game retailer and game meat wholesaler, was asked by an adventurous retail customer to provide a new product in July 2010.

This was delivered and Andrew Thornton, the owner of a small network of Budgens franchises in north London, started stocking oven ready squirrels on its butchery counters.

Even the anti-farming, environmental campaigner George Monbiot was shocked by the social media furore that resulted from a few tweets about his consumption of a roadkill squirrel.

After skinning it, he..: “spatchcocked it and marinated it in lemon juice for a couple of hours, before we cooked it slowly on the barbecue. It was exquisite: tender and delicately flavoured.”

While opposed to eating ‘intensively’ farmed animals, he wrote in the Guardian that he eats wild game regularly:

“I don’t regard the eating of meat as wrong in itself; it is contingent on circumstance. I don’t have a problem, for example, with eating wild rabbits, pigeons or deer. All live here in great abundance, as they benefit from the way we manage the land. Deer are, by any reckoning, overpopulated, due to the absence of predators.

“I see rabbit, pigeon and deer meat as byproducts. The animals are killed primarily for pest control and will continue to be killed, like the squirrel on the road, whether or not we eat the meat.

“Suppressing their populations does not damage ecological processes; in the case of deer it tends to enhance them. If some of the millions of grey squirrels killed every year in this country were sold for meat, it would be no bad thing.

“Perhaps if we engaged more with the natural world and developed a better understanding of our evolutionary history and our psychological place within it, we might spend more time thinking about what we eat.”