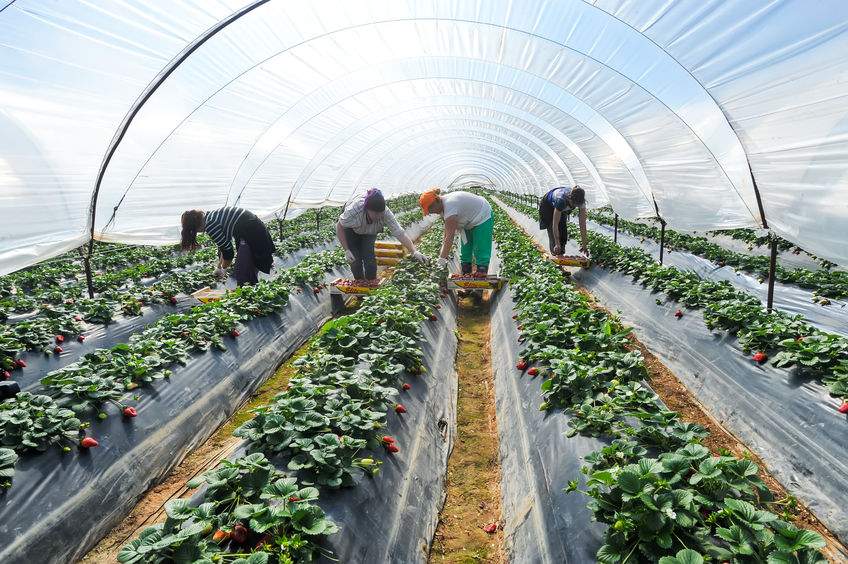 A husband and wife team have been banned from acting as company directors for 21 years after they exploited and abused agricultural workers.

Lincoln-based Simon Melville, 42, has been disqualified for 11 years, while his wife, Julie Melville, 41, has been banned for 10 years.

Investigators found eight breaches of licensing standards, four of which were serious enough on their own to cause the company to automatically fail an inspection.

The pair are now banned from acting as directors or becoming involved, without the permission of the court, in the promotion, formation or management of a company.

The recruitment firm, however, began to struggle and entered into creditors’ voluntary liquidation in August 2018.

But insolvency brought the company to the attention of the Insolvency Service, who established that the Melvilles breached regulations intended to protect workers from exploitation.

Investigators uncovered that six months prior to the firm's collapse, the Gangmasters and Labour Abuse Authority (GLAA) inspected the company in February 2018 before revoking its GLAA licence.

Inspectors discovered that between July 2017 and September 2018, the Melvilles failed to make holiday payments to 186 employees.

The pair also charged employees for safety equipment which should have been supplied free of charge and didn’t provide employees with copies of their contracts.

The Melvilles didn’t provide clients with formal terms of business, they disclosed employees’ personal details to third parties without consent and allowed employees to transport staff to various sites without proper driving licences or insurance.

Through the GLAA’s inspection, it was also uncovered that Ms Melville had acted as the Principal Authority under the terms of the recruitment firm’s GLAA licence.

The GLAA, however, had not formally authorised Julie Melville to act as Principal Authority as she had not sent in her application.

To compound her error, Ms Melville concealed her position as Principal Authority from the GLAA during the regulator’s visit and only applied to the GLAA following their unannounced inspection.

Mr Melville had been disqualified for nine years in December 2014 following the collapse of Melville Agricultural Contractors.

After the company finished trading, he withdrew £45,000 worth of cash which should have been used to pay Melville Agricultural Contractors’ tax liabilities.

Ms Melville was aware of the ban but breached her own responsibilities as sole director by allowing Mr Melville to run the recruitment firm behind the scenes.

Sue Macleod, Chief Investigator for the Insolvency Service, said: “Simon and Julie’s misconduct was extensive and husband and wife clearly were more interested in exploiting their workers and making a profit as opposed to protecting them from harm.

“Their bans are substantial and removing Simon and Julie from the corporate arena will help protect vulnerable workers from experiencing further harm.”

GLAA Head of Regulation, Nicola Ray added that flagrant breaches of licensing standards would not be tolerated under any circumstances.

“We have worked closely with the Insolvency Service to ensure that further action is taken to fully enforce our regulations.

“We are pleased with the disqualification undertakings and hope they send a clear message that we will continue to work in partnership to protect exploited workers.”