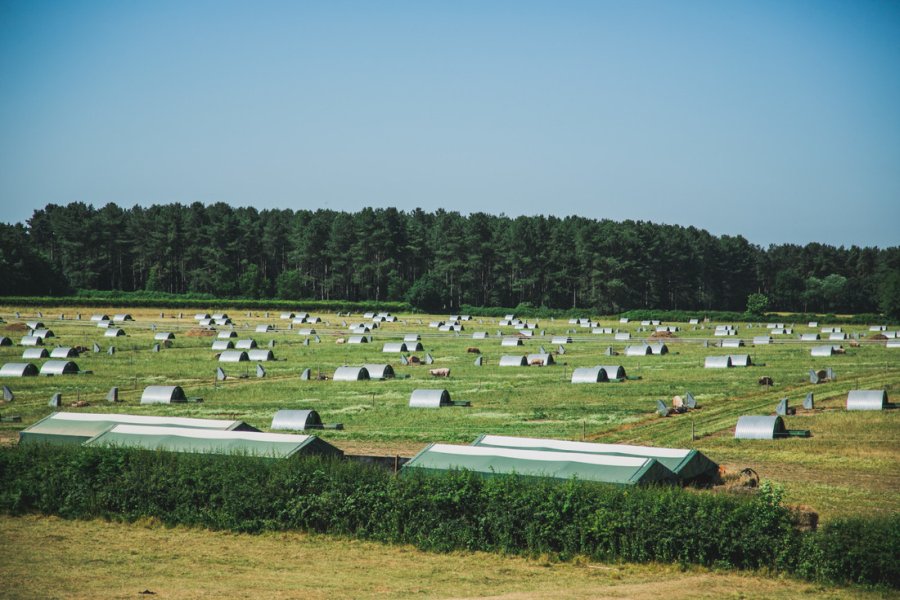 Climate change action has been embedded across all areas of the business, including in farming operations

Meat processor Cranswick has received carbon neutral certification in all of UK manufacturing sites and has committed to buy deforestation-free soya.

The firm has been recognised as carbon neutral by PAS2060† certification, which verifies carbon reductions and approves plans to further reduce emissions.

The East Yorkshire food producer has already reduced its relative carbon emissions by 18 percent in the last financial year.

And in a combined pork and poultry industry first, it has also committed to purchasing deforestation-free soya, which is expected to result in a 20% fall in carbon.

The measures are part of Cranswick’s sustainability strategy ‘Second Nature’, which is a roadmap to achieve net zero greenhouse gas emissions by 2040.

Action on climate change has been embedded across all areas of the business, including farming operations and plant sites, with measures including efficiency projects, clean energy investments and waste reduction initiatives.

The firm has also set an approved 1.5 degree aligned Science Based Target (SBTi) across Scope 1 (direct), 2 (power-related) and 3 (indirect) to reduce emissions by 50% across its entire value chain by 2030.

Adam Couch, Cranswick's chief executive officer said: “We recognised in 2018 that tackling climate change is everyone’s responsibility and, as a leading operator in the food industry it was incumbent upon us to play our part.

“While we have further to go, I’m very proud of our teams who have embraced climate action with such vigour and helped us reach these first milestone steps of carbon neutral manufacturing.”

Earlier this year, Cranswick announced a 14% increase in sales to £1.89 billion as home cooking increased during the UK's lockdown periods.

The food producer also unveiled a £5m investment into its Hull cooked bacon plant as it continues to increase production in its UK sites.