Crisps or Chips? UK farm-made product hits the US 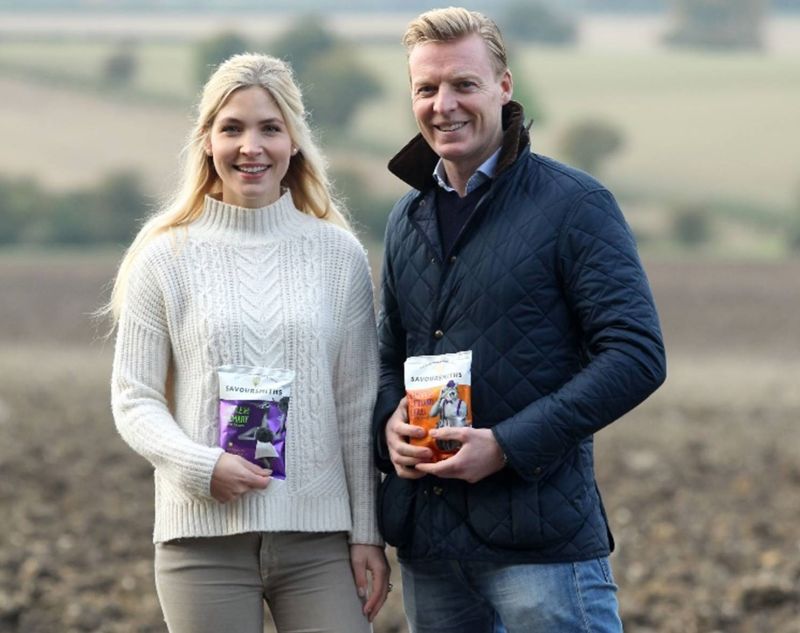 Cambridgeshire farmers have highlighted their success in exporting their unique farm-made crisps to the US audience.

Savoursmiths, which creates crisps flavours including “Bubbly and Serrano Chilli,” began exporting audacious British flavours to the USA in February 2019.

Husband-and-wife team Mike and Colette Russell Smith are now celebrating their expansion into more than 1,000 stores across the United States.

The farming business was founded less than three years ago by the pair, who have a passion for traceability and sustainability.

Their crisps are made using potatoes grown on their family farm in Cambridgeshire.

Mr Smith explained how he left his job in the City of London in 2016 to go back to his farming roots.

“As a third-generation potato farmer, I have always had a natural love of English farming and the countryside.

“After leaving my job in the City in 2016, I saw a chance to create something novel and unique with my Cambridgeshire spuds.

“My wife and I launched the business in 2016 to give people across the country a luxurious snacking alternative, complete with audacious flavours and eccentric packaging.”

He added: “We saw the potential in the United States snacking market for something original, fun, exciting and luxurious, and sent our first container in February.

“We found that we can compete with established brands across the world by offering luxurious products and are delighted to be in 1,000 stores across the country.”

The company uses top ingredients to create unique flavours including “Wagu Beef and Honey Mustard” alongside “Bubbly and Serrano Chilli”.

These ingredients include salt taken from the Kalahari Desert – which is free from plastic microfibers found in salt used to flavour crisps – and cheese from Italy.

Ms Smith said: “Turning potatoes into crisps may not be a novel concept but – after attending trade shows and extensive research into markets across the world – we saw the chance to create an luxurious brand to fill a desire for luxury snacking products.

“The eccentricity of our brand has worked well to grab attention and move stock from shelves into baskets, especially in a market like the United States – where consumers aren’t as tied to traditional flavours compared to the UK.”

The business was helped by the Department for International Trade, which assisted the company with trade missions, market research and identifying distributors in the country.