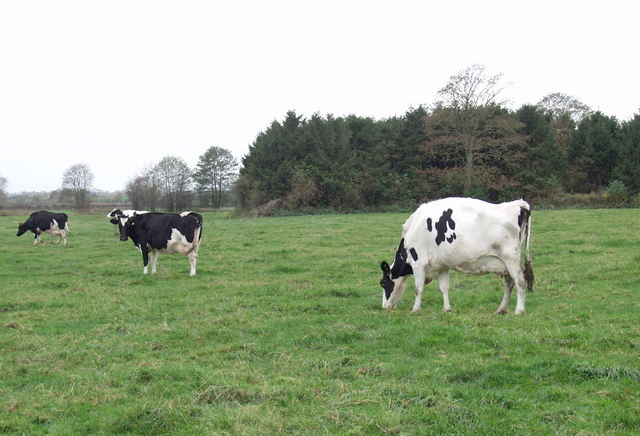 The latest crisis to hit dairy farming is just the latest of a wider problem in the food industry, according to the Green Party.

The party warned that a small number of processors and retailers were dominating the industry and farmers were finding that they could not meet the demands.

"Many small scale farmers are struggling; if they can't or won't sign up to very restrictive contracts required by supermarkets then the outlets for their produce are very limited" said Caroline Allen of their policy committee.

"It seems insane that vegetables grown around Exeter have to be sent to massive packing centres in the Midlands or East Anglia before being driven back here. These smaller farmers are exactly the type that we should be encouraging so we have resilience in the system and can feed ourselves into the future."

Dairy farmer Henry Gent said "Its a scandal how producers can be paid less than it costs to produce something, especially when cost cutting will impact not just on the farmers and their staff but also on the welfare of the animals. It is not surprising that the number of dairy farmers has halved in ten years, and we import 20% of dairy produce, many good family farms have sold up and ceased production."

"Its not hard to see that the next step will be the producers and their big business cronies saying 'well as these small businesses arent viable the only answer is mega dairies'. With far too many cows already being kept indoors all the time in large dairies this is a trend we must resist. Cows should be eating grass, not soya and other protein crops shipped from across the world that ought to be feeding people."

"Here is the westcountry we have great pasture growing conditions, and we could have viable family dairy farms, with good positions for employees, and good cow welfare, but competition policy and taxation policy are against us. We need a different approach, which follows common sense: family farms should be treated fairly, as they are in other countries in Europe, and we have to stand up against imports of cheap food that have been produced in ways that environmentally damaging or produced with inferior animal welfare."

Bristol councillor Gus Hoyt, who was involved in the campaign against a new supermarket in his ward added "councils should be encouraging local food growing by looking at their own procurement policies and sourcing local food, helping the many small projects across the city expand."

"Our local fruit and vegetable market, St Phillips, needs to be protected to provide an alternative route for producers that doesnt involve the supermarkets, otherwise they will need to get produce from London or Birmingham. With everyone concerned about growing childhood obesity and questionning where much needed jobs are going to come from a healthier more localised food system is an obvious solution"