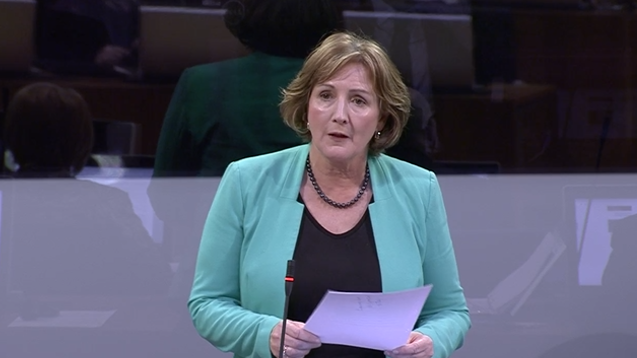 Red tape should be slashed to help Welsh farmers undertake innovative hydroelectricity projects on their land, a shadow minister has said.

The Welsh Conservatives’ Shadow Minister for Rural Affairs, Janet Finch-Saunders MS, said such projects had the potential to 'revolutionise a farmer's income'.

Energy experts say that hydroelectricity can be an effective source of power without large reservoirs and dams.

As the technology is often specially tailored to each project, officials say that its use should be considered more widely on lowland as well as upland farms.

"This is important as increasingly unpredictable weather, as a result of global climate change, has merely added to market volatility in recent years.

“However, whilst the rhetoric emanating from Cardiff Bay is well-meaning, the actions of the Welsh government have been to only construct barriers of red tape, preventing a farmer’s journey towards an environmentally sustainable and conscious business."

The shadow minister urged the Welsh government to review the 'bureaucratic barriers' which prevented farmers from undertaking such projects.

She said there were legitimate concerns over the potential legal and planning costs that would be incurred.

“Whilst hydro is far from a straightforward technology, it has great potential for the right rural sites in Wales."