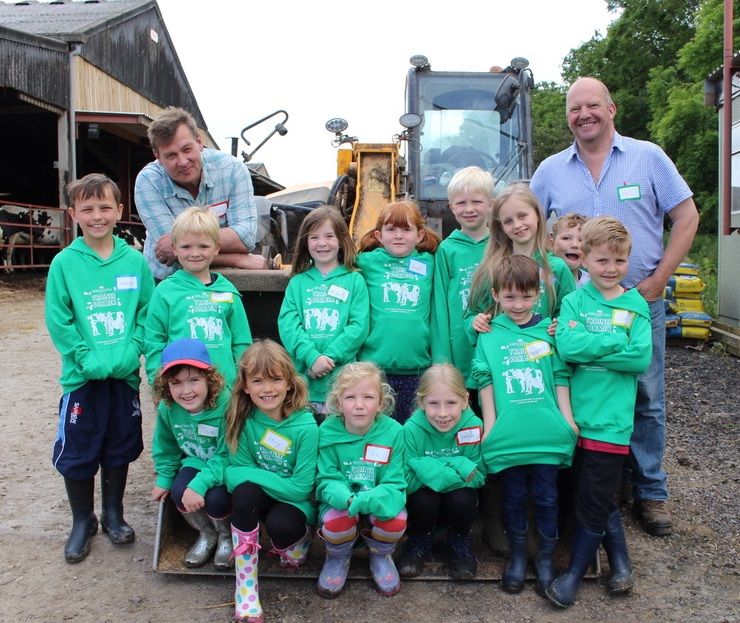 An award-winning dairy farmer has opened his farm gates to teach children across the North East about the origins of food.

Children were educated about the journey of their food ‘from field to fork’ through a series of activity days at a County Durham-based dairy business, The Village Farm.

On 18, 19 and 20 June, three groups of 30 primary-school children from across the North East received an exclusive tour of the working farm.

They were shown how the farmers milk their cows using digitised, robotic milking machines, met the animals on the farm, and participated in a dairy-related activity trail.

In the afternoon, the groups then travelled to the dairy at Embleton Hall Farm to see yoghurt being made, milk being tested and bottled, and everything being packaged ready to take to retailers.

The day-long educational events were organised by Embleton Hall Dairies, providers of milk to local authorities across the region.

The winning schools received their invitations to attend the event following a region-wide school competition which invited children to dream up a design for their ideal milkshake.

Paul Thompson, Director of Embleton Hall Dairies, said that knowing and trusting where food comes from and how it is produced is 'extremely important'.

“The children have been an absolute delight throughout and if the visits have been as rewarding for them as they have been for us, then this has been a tremendously worthwhile experience for everyone, which we look forward to repeating next year,” he said.

The farming industry is increasingly thinking of new initiatives and events to get school children learning about British food production.

The NFU recently launched its educational initiative 'Farming STEMterprise' which takes children through each stage of a farm business start-up.

This follows the union's Farmvention competition which saw over a thousand schools take part, designing and creating their own farming products using Science, Technology, Engineering and Maths (STEM).