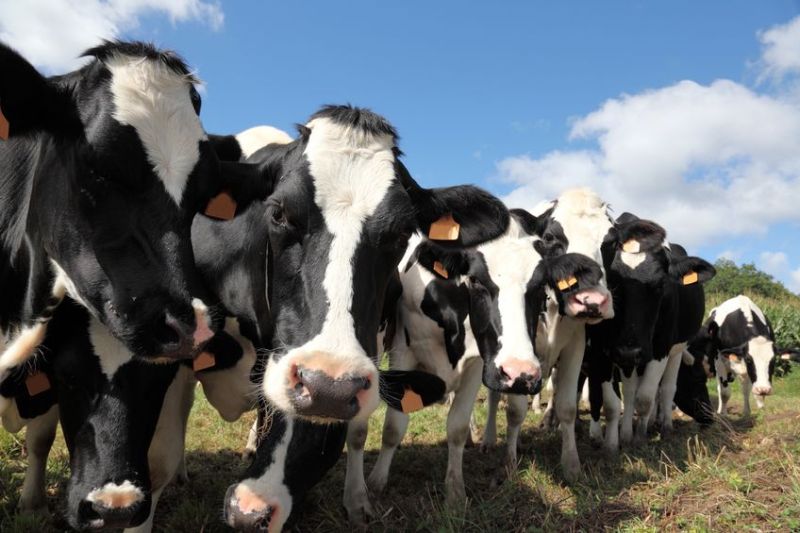 Grassland farmers could reduce their overall nitrogen (N) input and maintain profitability with simple improvements to soil and nutrient management.

Independent grassland and soil specialist Chris Duller has been working with farmer William Hannah to explore options for reducing the amount of fertiliser N used at Mountjoy near Haverfordwest.

Inputs of N add two pence per litre (ppl) to the cost of production at this 500-acre spring-calving dairy farm.

As the farm sits near to the Western Cleddau river, cutting inputs would not only reduce the £40,000 annual spend on N but would have environmental benefits too.

During a live digital broadcast from Mountjoy, Mr Duller said the carbon cost of manufacturing nitrogen fertiliser is 3.5kg CO2 equivalent per kgN.

This adds up to 43 tonnes of CO2 equivalent a year on Mountjoy - comparable to the emissions created by 18 return flights from the UK to Florida annually.

N inputs on the grazing platform are currently 300kg/ha/year with a whole farm average of 270kg – the target is to reduce the whole farm figure to 150kg.

Mr Duller explained that in well managed grassland every kilogramme of N applied typically produces around 30kg/DM/ha of grass – a response of 30:1.

But nitrogen efficiency often diminishes when it is applied in higher quantities – the grass growth response rate from the first 100kg can be as high as 50:1 but may half with the next 100kg applied.

Mr Duller said, often the benefit from the next 100kg is very marginal: “It will turn the grass green and that is about it."

At the beginning of the project at Mountjoy, N was applied at full rate (30kgN/ha), half rate (15kgN/ha) and zero rate to different sections of a grazing field following grazing rounds in June and July.

On the area that had the full nitrogen rate, growth rates of 79kgDM/ha/day were recorded.

On the half rate area, grass growth was only marginally lower (70kgDM/ha/day) but on the land on which no N was applied growth was down to 52kgDM/ha/day.

“This early pilot study has shown that there is potential to ease back on the nitrogen in the summer without losing much grass growth, although currently natural soil nitrogen supply in the study field isn’t adequate to maintain grass growth on its own.

“We now need to expand this trial across other grazing paddocks," said Mr Duller.

But there are many reasons beyond inputs of N that will influence grass yield and these will be considered at Mountjoy.

Mr Duller said measures ranging from addressing soil compaction and maintaining potash and phosphate levels to applying slurry at the correct time can all result in less N being required to get the same grass response rate.