Dairy farmer who began from scratch creates chance for others 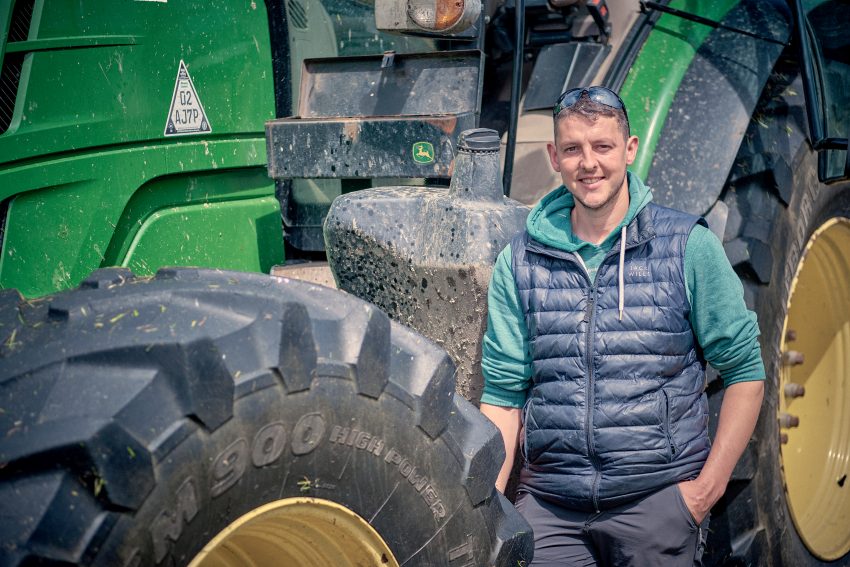 New entrants have the chance to follow in the footsteps of Matthew Jackson, who built his enterprise from nothing

A young farmer whose rise within dairying took him from owning no cows to more than 1,300 has created an opportunity for a farm worker to build up equity in the industry.

Matthew Jackson grew up in the city, yet harboured an ambition to one day milk his own cows.

Eleven years on, he has not only achieved that, but now owns 150 hectares of land in west Wales and rents another 270ha on another enterprise in the same region.

Matthew’s big break in farming came when he was offered a joint venture by a dairy farmer in north Wales.

With the help of Farming Connect’s Venture programme, he now plans to help another individual gain a foothold in the industry, with a job that could lead to a profit share agreement.

Venture is designed to pair up landowners with new entrants and offers funding for business planning and legal guidance.

He said: “I’m looking for a keen individual, a third person to work between our two farms, who will be able to upskill and who I’m keen to give more responsibility to after a period of time by looking at different options such as performance and profit share agreements.

“I’ve learned from personal experience that this approach incentivises someone to work at their best level, it is a stepping stone for people to start owning their own cows."

His 200ha business is based in Tregaron, Ceredigion and is run from two farms five miles apart.

The two New Zealand Friesian herds, totalling 700 cows, are spring calving and are run on an extended grazing system.

Both are former beef and sheep units which Matthew and his business partner have converted to dairy over the last 18 months.

Matthew says he strongly believes that having a vison and a goal are important to individuals who are trying to enter the agricultural industry.

He had tried his hand at a variety of farming systems, including lamb production, before heading to New Zealand to shear sheep.

He had only returned to Wales for five months before New Zealand beckoned once more, this time a large dairy farm in the South Island. That experience positioned him well when a job opportunity came up on a dairy farm in north Wales.

Matthew’s ambition was to one day milk his own cows but with little money he had to find a way to build some capital.

While working on the farm, he increased his wealth through buying and selling heifer calves and eventually persuaded a bank to loan him money to buy more stock.

He had no capital but was able to secure a loan on the strength of a robust business plan.

Matthew increased his stock holding to 120 heifers, which he grazed on 82 acres of rented land, and leased 50 cows to another dairy farmer.

Then an opportunity came up to accelerate his ambition to run his own business.

A dairy farm near Pwllheli, owned by his employer, David Wynne-Finch, had become vacant and Matthew entered into a share farming agreement.

He would supply the stock and Mr Wynne-Finch the infrastructure with each getting an equal split of the profits.

At just 32 years old, Matthew has made remarkable progress in realising his ambition, but he is modest about his achievement.

“I don’t think I have done anything that someone else couldn’t have done, I tried to make money by buying stock cheaply while having a job and earning a wage.

“I don’t think you need a huge amount of finance to get started. From a wage and a small piece of land you can achieve a lot if you work hard from the start. It’s about having goals, setting targets and putting a strategic plan in place."

He has a clear message and words of advice for others who might be inspired to follow the same route: “Never say never. Anything is possible if you want it to happen, always aim high."

Those interested in getting on the farming ladder and following Matthew’s footsteps are urged to register with the programme by contacting Delyth Jones, the Venture officer for South Wales on 07985 155 670 or delyth.jones@menterabusnes.co.uk.