Dairy farmers' profits fall by 50 percent in space of year 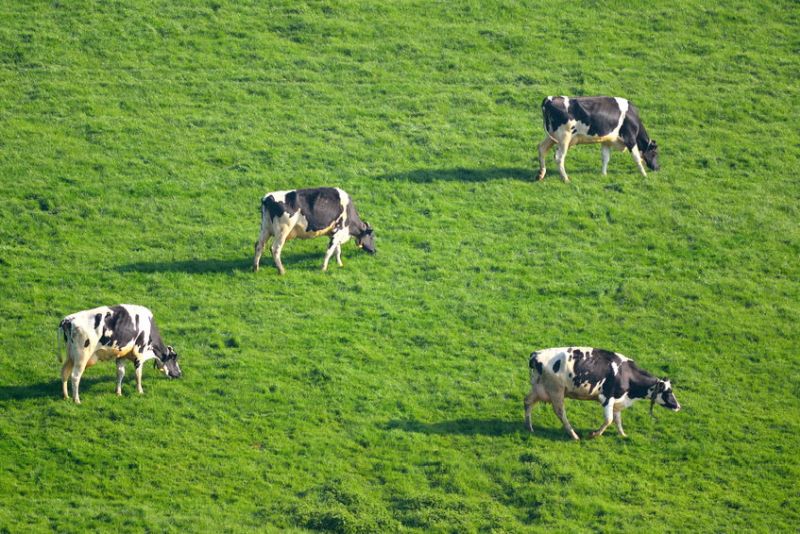 Dairy farmers' profits fell by 50 percent in 2018/2019 after a 'challenging year' which saw an unusually dry summer, increased costs and Brexit uncertainty.

Earnings are only set to recover marginally in the coming year, according to a survey published on Wednesday (2 October).

That left the average farm making a marginal profit only after accounting for non-milk income like calf and cull cow sales.

Although all systems were capable of making a profit , or a loss, year-round calving herds tended to be towards the lower end of the scale, with spring-calving herds likely to make more on a per-litre basis.

Andrew Vickery, head of rural services at Old Mill said: “This is due to their ability to produce cheap milk, which insulates them against lower milk prices.

Milk income per cow was therefore £83 lower among the top 10%, but their focus on expenditure stood out, with a £1,085/cow difference between the top and bottom producers’ costs of production.

“They spent £285 less on concentrates, and £34 more on forage, indicating a choice to plug the gap in home-produced forage with purchased forage rather than higher cost concentrates.”

“Given Brexit, there are arguably more uncertainties over profitability now than at the same point last year,” added Mr Vickery.

“Although the weakening value of sterling will prop up milk prices to some extent, its impact on imported inputs is only partly being offset by lower domestic grain prices from the good 2019 UK harvest.”

Last year’s increase in costs were mostly due to the drought, said Phil Cooper at the Farm Consultancy Group.

“Most of these costs are budgeted to be reversed this year, but it still leaves only £76,400 for this 2.1 million litre average dairy farm to cover rent, debt finance and repayment and taxation on a 30p/litre milk price.

“It has been a challenging year, and many farms are sitting around the break-even point, with a need to rebuild profitability next year,” he added.