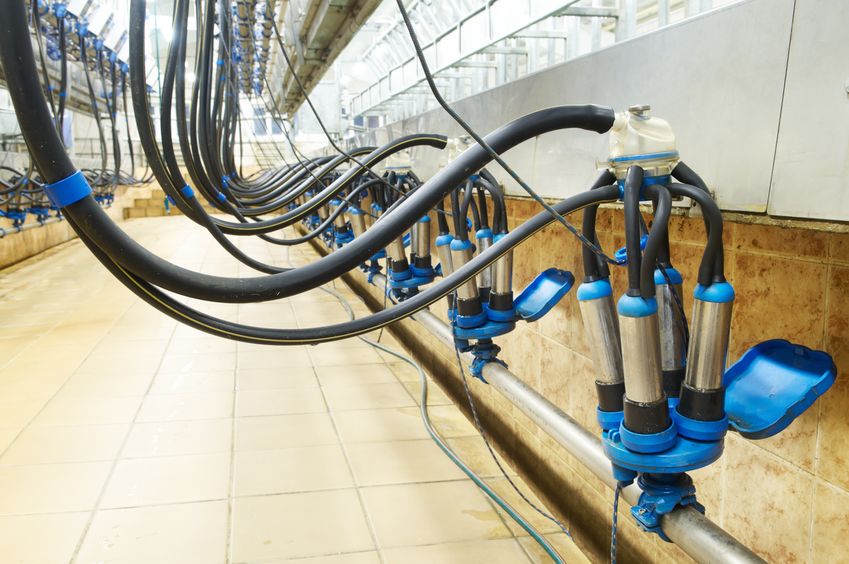 Dairy farmers' profits recovered in 2019/20 after falling the year before largely due to reduced purchased feed costs, according to a new report.

Profits averaged £233/cow in the year to 31 March 2020 - up from £141 the previous year, the report, by rural accountant Old Mill and the Farm Consultancy Group, shows.

However, there remained a big gap between the top and bottom producers, with the top 10% averaging a profit of 12p/litre compared with a loss of 5.48p/litre for the bottom 10%, with 24% of the sample not breaking even.

“This is a big reason why 2.5% of producers are ceasing production annually,” said Gerard Finnan, farm business consultant at the Farm Consultancy Group.

“At the current rate, a lot of the bottom 10% could be gone in four-to-five years’ time, unless they change their management decisions.”

This is the third year in a row that income has remained stable, with both yields and prices seeing little change on the previous season.

Though the average milk price remained around 31p/litre, the subsequent challenges presented by Covid-19 meant a number of milk buyers instructed suppliers to cut production or dispose of milk.

“This resulted in some producers capitulating, and though the distressed milk market is now behind us, the report highlights how finely balanced supply and demand is,” Dan Heal, rural accountant at Old Mill, said.

The top 10% of producers have once again outperformed the bottom 10% by over £1,000/cow, despite income levels only being £142/cow higher.

Reducing costs has been a major driver for numerous producers over the past year, with producers cutting costs by an average of £124/cow, explained Mr Finnan.

However, the effectiveness and impact of cutting costs is starkly apparent between the top and bottom 10% of producers.

“Cost efficiency is about much more than requesting suppliers to reduce their prices,” added Mr Heal.

“It is looking into the expenditure of the business and adapting to suit the farm or milk contract. Or making timely investments if they will give a return.”

After the drought during the 2018/19 season, the favourable growing conditions of 2019 resulted in a £97/cow drop in purchased feed costs, he said.

Producers also spent less on seeds, fertilisers and sprays, with the weather allowing for the production of large quantities of quality forage.

“However, the unpredictability of the weather does mean it is an aspect that is much harder to plan for.”

In contrast, machinery costs rose by 10% on the year, due to increased contracting costs, with a corresponding fall in depreciation as field operations are increasingly outsourced, explained Mr Heal.

Though the top 10% of producers have double the herd size of the bottom, scale should not affect variable costs, explained Mr Finnan.

Again, system has little impact on the profitability of a business. Of the top 10% in terms of profitability, 44% were spring calving, 28% were autumn calving and 28% all-year-round, with organic and non-organic enterprises represented across these.

“The same applies in the bottom 10%,” said Mr Finnan, adding profitability was not down to what farmers did, it was the way they did it.

Budgeted profits for 2020/21 - based on an increase in milk output of 186 litres/cow, stable cow numbers, a 0.5p/litre fall in milk price and consistent costs of production – are predicted to remain similar to 2019/2020.

Despite this anticipated stability, the report demonstrates that buyer security is volatile in times of oversupply and cost control is more effective when looking at the business as a whole.

“It is not possible to control everything, but the most successful farmers adapt what they can control to suit the factors they can’t,” said Mr Heal.

“Most of the above points are within a farmer’s control if they need or wish to improve business profits,” added Mr Finnan.

“Benchmark in detail against the best and focus on three-to-four key costs. Develop an action plan to reduce these costs and get the whole farm team to buy into what you are trying to achieve.”