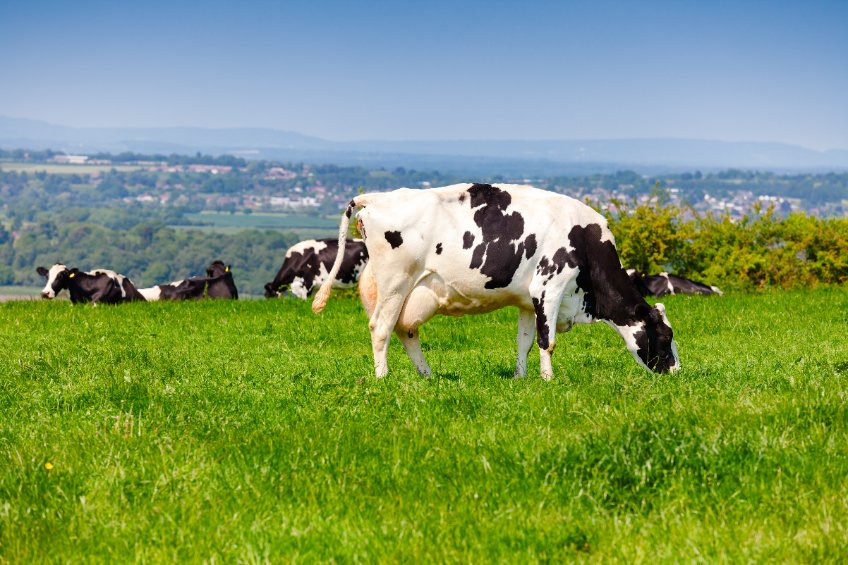 Despite a decline in England's breeding herd, total dairy animal numbers have remained steady, AHDB says
Sign in to add your own press release SIGN IN Register

England’s dairy population has held steady despite a contraction of the breeding herd, according to AHDB analysis.

Defra's most recent survey shows that the total dairy breeding herd for England contracted by 8,200 head to 1.09 million, down 0.7% on June 2021 numbers.

The milking herd has been in decline since 2015, and whilst this contraction has continued to date, it is at a steadier rate than the peak losses seen in 2020.

Looking at the figures, Charlotte Forkes-Rees, AHDB analyst, noted that youngstock numbers had also been rising since 2020.

"Therefore this cohort is beginning to move up into the milking herd this year, which helped contribute to the smaller losses seen," she said.

"However, as discussed in our July outlooks, consumer and retailer demand, as well as the impact of high input prices, may have a greater impact on herd size moving forwards." 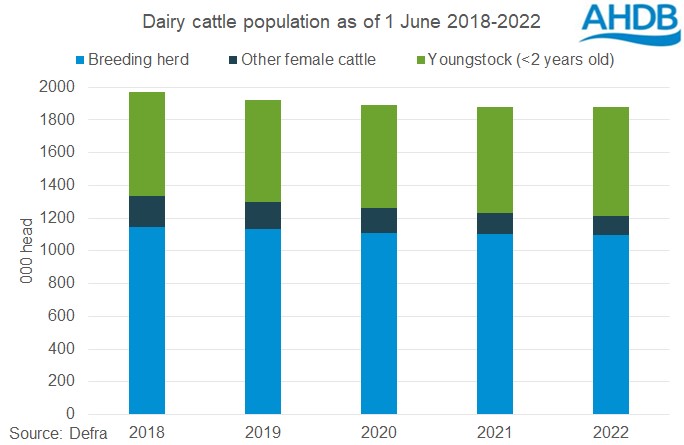 The dairy breeding herd now equates to 63% of the overall breeding herd in England, up 1% on 2021, the highest percentage seen since at least 2005.

Tight margins may have contributed to this, Ms Forkes-Rees explained, with more unproductive animals being removed from the herd to reduce costs.

Overall, total dairy animal numbers, such as breeding herd, ‘other female cattle’ and female youngstock, have held steady on 2021, and the decrease in total numbers has been gradually reducing.

"Youngstock numbers will have significantly influenced this, having risen once again," Ms Forkes-Rees said.