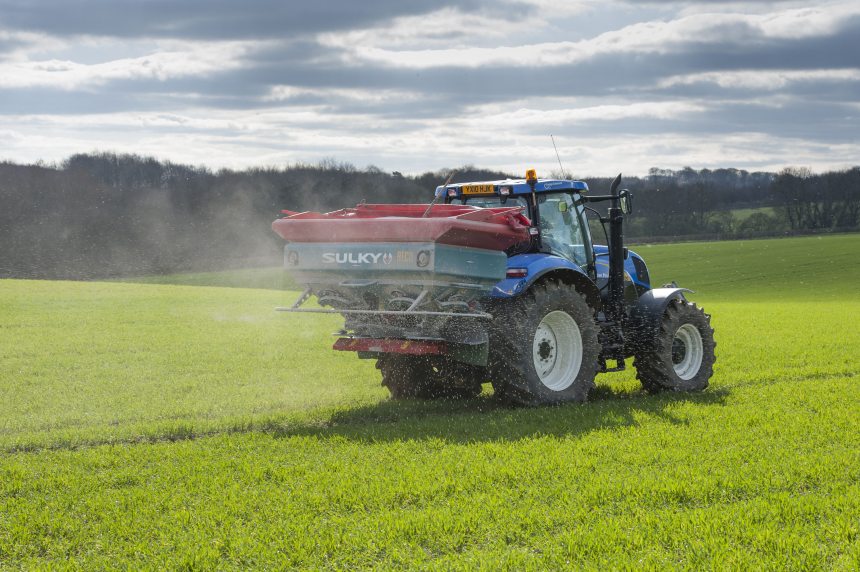 A consultation has presented options to industry on ways to cut ammonia emissions (Photo: FLPA/Shutterstock)

The government could impose a total ban on solid urea fertilisers following the launch of a consultation seeking views on how farmers can cut ammonia emissions.

Defra is consulting with the farming industry on the future use of the fertilisers, a major source of ammonia emissions.

The department says the emissions are harmful to natural habitats as well as to human health, with 87% coming from agriculture, of which 18% is attributed to inorganic fertiliser application.

Three options have been presented, including a total ban on solid urea fertilisers, or a requirement to stabilise them with the addition of a urease inhibitor - a chemical that helps slow the conversion of urea to ammonium.

Defra is also looking at a requirement to restrict the spreading of solid urea fertilisers so they can only be used from 15 January to 31 March.

A ban on solid urea fertilisers would achieve around 31% of the ammonia reduction target by 2030, the department added.

Defra Secretary George Eustice said any changes would need to be made in a way that was 'realistic and achievable' for farmers.

“Ammonia emissions are causing harm to sensitive and important habitats by making soils more acidic which damages the growth of some plant species, impacting on biodiversity.

"They are also harmful to human health, and we welcome views on how we can address their use in agriculture so that we can all breathe cleaner air.

“We are committed to working with farmers to help them do this," Mr Eustice said.

Other government work to tackle ammonia emissions include the use of low emission spreading techniques by 2025, requiring slurry stores to be covered by 2027, and setting standards for new livestock housing.

Efforts to reduce ammonia emissions are part of the government’s Clean Air Strategy, introduced in January 2019.

The fertiliser consultation opened on Tuesday (3 November) for 12 weeks, with a deadline for responses set for 26 January 2021.