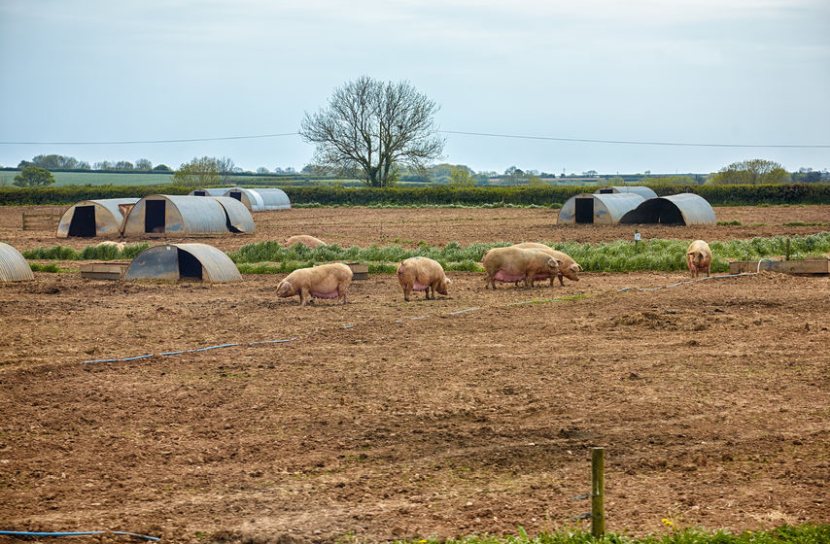 The government has rejected the pig sector's renewed call for more financial support amid ongoing struggles with record costs and negative margins.

Defra has once again turned down the National Pig Association's (NPA) request for a Covid-19 compensation scheme for the English pig sector.

The department claimed it would ‘not be appropriate’ for it to implement a scheme similar to those in place in Scotland and Northern Ireland.

Instead, it referred to existing support measures that producers have access to that were created during the Covid pandemic.

In a letter to NPA chairman Rob Mutimer, Defra farming minister Victoria Prentis cited a ‘slightly more optimistic outlook’ for the pig sector as justification for not delivering a compensation package.

This is despite the industry’s ongoing struggles with record costs and negative margins that have persisted since the start of the year.

Mr Mutimer, who wrote to Defra earlier this month outlining the dire situation the sector faced, said he was ‘extremely disappointed with the response and the reasons given’.

He sought support in various areas, including measures to alleviate the labour shortages and the loss of China export licences, as well as the compensation package.

The NPA said it was now seeking an 'urgent meeting' with the minister to reiterate why the pig sector currently needed more support than the government was willing to provide.

Mrs Prentis said the government ‘very much recognise the challenges that the industry has faced in recent months because of the Covid-19 pandemic’.

She outlined the general support made available to businesses, including the new Recovery Loan Scheme (RLS) launched on 6 April.

She said she was also ‘aware’ that in January the Northern Ireland Executive announced a £2.2m compensation fund for pig producers impacted specifically by the Covid-19 closure of a Cranswick plant in August 2020.

The Scottish Government’s had also issued funding for producers who were required to pay a similar financial penalty by the Brechin plant due to the loss of its China export market.

But she said: “Producers in England or Wales did not face such a situation. Not all the pork processing companies who export to China were affected by Covid outbreaks and those that were impacted chose not to impose penalties on their suppliers.

“For this reason, it would not be appropriate for us to implement a scheme similar to those announced by both the Northern Ireland Executive and the Scottish Government.”

Recent data, she added, suggested ‘a slightly more positive outlook’ for deadweight prices, which have been rising since April and remain above the 5-year average.

“Input prices, particularly for feed, remain high as a proportion of producer costs but these have fallen in recent months," she added.

"On the retail side, both customer spend, and volumes have increased over the last 12 months. Exports are steady with an increase in annual sales to China."

On the lost China export licences, she said Defra was ‘working with British Embassy in Beijing and wider FCDO colleagues to use every opportunity’ to press the Chinese authorities for the relisting of these UK establishments.

But she acknowledged that China had not responded to repeated requests, both at working level and at Ministerial level, for bilateral engagement to discuss this issue.

She was also unable to offer any support on the labour shortages currently causing major problems across the whole sector, insisting the government ‘will not introduce a general low-skilled or temporary work route’.

“We are encouraging all sectors to make employment more attractive to UK domestic workers through offering training, careers options, wage increases and to invest in automation technology,” she said.

But Mr Mutimer said the response from Defra was 'very disappointing', suggesting the government was 'failing to recognise some hugely significant issues affecting the pig sector'.

“We fear the pig industry is heading towards a severe crisis, due, in part, to the global pandemic, but also to the restrictive government immigration policy introduced at the start of this year," he said.

“Our requests for support were proportionate and reflected the severity of the situation, and, in terms of Covid compensation, were in line with what was delivered months ago in Scotland and Northern Ireland.

"We will continue to press for a compensation package, especially now as many of the support schemes announced during the pandemic are coming to an end."