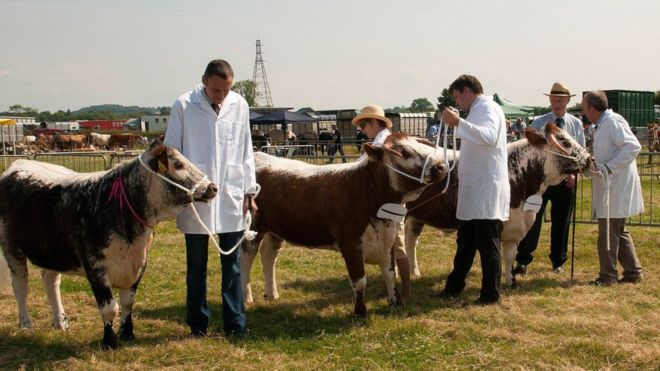 Derbyshire County Show is 'unable to host' cattle and sheep at this year's event after livestock from a neighbouring field entered the showground a week prior.

The 130-year-old agricultural show was forced to abruptly end cattle and sheep entries due to government livestock licensing restrictions.

Last week, a sheep from a neighbouring field entered the Elvaston showground in breach of licencing conditions.

One of the conditions of the license is that the showing area has to be free from livestock for 28 days to prevent any cross contamination of pests and disease.

Organisers of the show informed Defra of the sheep's movement and on Tuesday (18 June) the department withdrew the show's licence to host sheep and cattle.

Edward Hicklin, Chairman of Derbyshire Agricultural and Horticultural Society, said the decision is a 'blow to all' but animal health is the 'priority'.

“For clarity, the society is well aware of the rules and regulations surrounding the licensing to host cattle and sheep at the county show,” he said.

“The show does goes on and we look forward to welcoming visitors on Sunday and I hope that they all have an enjoyable day.”

Natalie Nicholls, a cattle exhibitor, said she is 'gutted' over the fact that she is no longer able to show her livestock at the show.

However, she said 'rules must be follow': “If you don't own cattle or sheep you will not be familiar with the huge amount of rules and regulations what go with moving livestock. It's such a shame but rules have to be followed.

“Thank you to the Derbyshire team for making us aware as soon as they could and my heart goes out to you for all of your hard work which has gone to waste,” she said.

In a statement, Derbyshire Agricultural and Horticultural Society put on a defiant tone and said the day will still provide 'huge entertainment'.

“Due to licensing restrictions, this year we are unable to host cattle and sheep.

“The rest of the 2019 Derbyshire County Show remains the same and we will still be welcoming a huge range of animals – from bees and birds to giant tortoises to poultry and ponies – as well as a huge range of entertainment for all the family.”