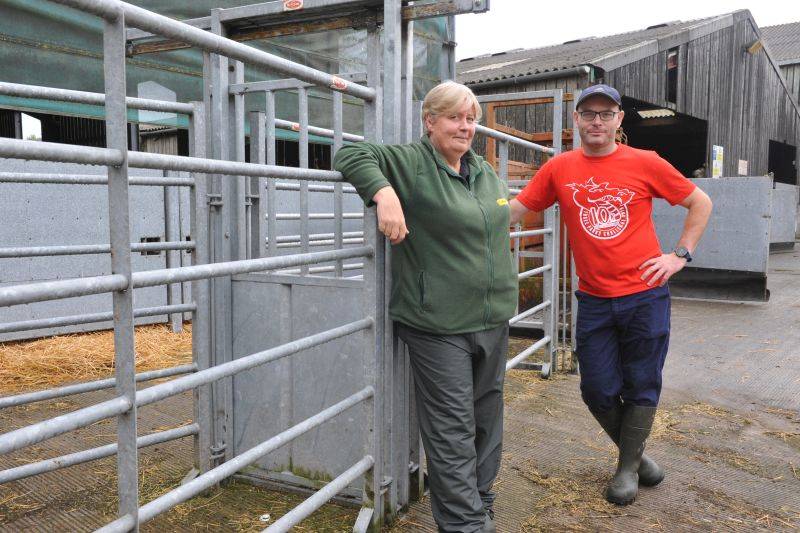 Miriam Parker, a livestock expert, has warned beef producers against opting for a ‘one size fits all’ system

Some Welsh farms may need to revise the design of their cattle handling systems because they don’t suit the jobs they are needed for.

This is according to livestock handling expert Miriam Parker, who warns beef farmers against opting for a ‘one size fits all’ system.

As the needs of every farm are different, a priority when designing a handling system should be to match it to its intended purpose.

“Consider the type of animals, the workforce and the jobs you are going to do,” Ms Parker said.

“A suckler unit with 20 cows will look at things very differently to a finishing operation.”

Ms Parker said there were key design points to consider, whatever a system’s intended purpose.

For the safety of handlers, ensure there is an escape route from any space they occupy with the cattle - under, over, behind or through.

Ideally the exit of a crush should not be positioned directly towards early morning or late evening sun.

Animals are easily distracted when moving through a confined space so consider the advantages of solid sides to keep them focused.

The angle of the crowd pen into the race can be a problem area – Ms Parker recommends having one straight side and the other set at a 30 degree angle.

Avoid making raceways too long because if animal is kept waiting in a race for more than eight minutes its heart rate increases.

“Match the numbers in the race to the type of job,” said Ms Parker.

“Finishing units where there are regular fast jobs such as weighing might require a longer race than a smaller sucker herd but, whatever the system, the race should have a minimum of two cattle lengths before an animal enters the crush to prevent them turning back.”

The most expensive item in a handling system should be the crush.

Ms Parker is an advocate of squeeze crushes: “They are a significant investment but you can design and build a lot of the handling system yourself and channel your funds into the crush.

“A squeeze crush hugs an animal instead of grabbing it by the throat and there are obvious benefits from this.”