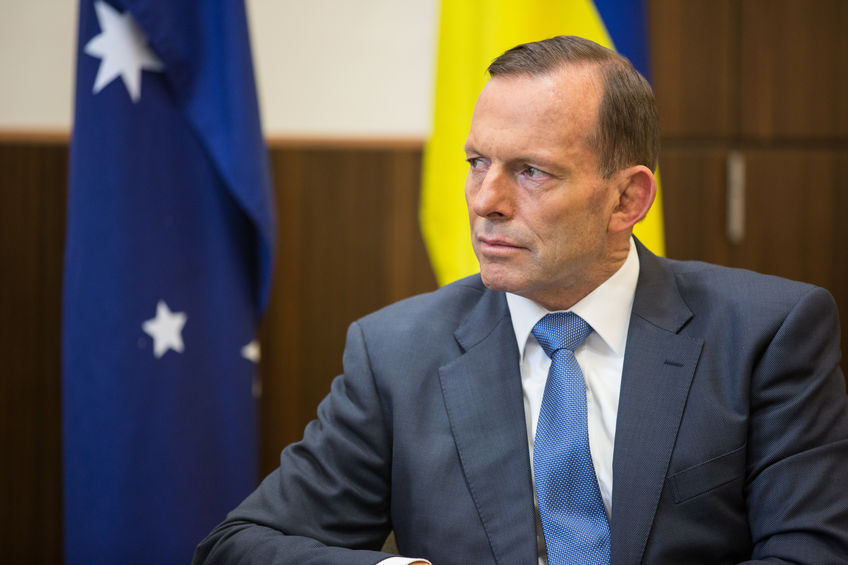 Farmers' leaders have expressed concerns that the government may allow imports of food produced to lower standards than those in the UK in order to secure trade deals with countries like the US and Australia.

But during a recent Oxford Farming Conference webinar on 5 November, Tony Abbott said British farmers should not worry.

And he said that claims of standards could possibly be used as a "smokescreen" by those who did not want to change.

“We formed the most extraordinary coalition of groups and people led by Jamie Oliver which led to one million people signing our food standards petition.

"What it says is that people want our trade to ultimately be fair and not undermine our farmers," she said.

But she said free trade deals would usher in global competitors in agriculture and many of them produced food under very different circumstances to the UK.

"In this country we have arguably higher environmental and food standards, partly derived from our adoption of EU regulations but partly from our own consumer pressure.

"And we certainly have higher animal welfare standards than many producing countries.

"As well as these varying standards, farmers worldwide play to their natural advantages of climate, soils, water availability, lower labour costs, access to particular genetics and breeds and, of course, scale.

"All of these keep costs of production down. So we may see cheaper food coming in."

She asked Tony Abbott: "Should British farmers be worried?" He replied: "The short answer is, 'I don't think so.'"

He said: "If British law says that you cannot sell chicken washed in chlorinated water, for instance, chlorine washed chicken won't come into Britain regardless of any trade deal.

"Because although trade deals foster innumerable economic partnerships, they needn't and they shouldn't seek to change countries' domestic law.

"In Australia's case, for instance, we didn't change and never would have changed our scheme for affordable medicines back in 2005 when we did a free trade deal with America.

"Even though American pharmaceutical firms didn't like it, we didn't change it to get a deal with the United States."

He added: "Claims that one country or the other might want to mistreat its animals or poison its people or despoil its environment are unlikely to stand up and can easily become a smokescreen for those who would rather not change and innovate."

The former Australian PM went on to outline why he said free trade would be good both for Britain and for other countries it struck deals with.

“My role is not to negotiate trade deals for Britain, but as someone who helped to finalise deals with Australia’s biggest trade partners - with China, Japan and Korea -that saw our two-way trade grow even faster, my role is to champion trade knowing that the more you trade, the more you prosper.

"Almost 50 years ago Australia went through our own trade shock when we lost preferential access when Britain joined what was then called the European Economic Community. But we coped. We coped because we produced what people wanted to buy.

"Obviously there were some adjustments but, essentially, the Australian products that Britain previously bought at a good price were then bought by others at the best price we could get for them.

"And no-one could really say that Australia suffered long-term from Britain joining what was in those days a protectionist trade block.

"In fact, Britain's intention to join the bloc changed our mental horizons spurred the resources development that is the foundation of our prosperity."

He added: "Britain is not a rich country because of the EU. Because the EU places restrictions on Britain's economic freedom, albeit making trade free within it, you could almost say that Britain s a rich country despite the EU.

"Leaving the EU isn't about ending free trade with it, which Britain certainly wants to keep; it's about ending the EU's restraints on Britain's ability to trade more freely with everyone else such as Australia on much the same basis as it could previously trade only with the EU."

Mr Abbott said the aim should always be to trade high quality goods and services freely almost everywhere, and for highly qualified people to work for high salaries almost anywhere.

"In other words, what was previously possible only within the EU becoming possible with many other countries that have broadly comparable standards.

"Our objective should always be to make trade more free because people and countries doing what they are best at is what maximises everyone's wealth. But to make trade freest of all with the countries we are most alike.

"Between Britain and Australia, for instance, the aim should be a swift deal providing free movement of goods without tariffs or quotas, mutual recognition of standards and qualifications, and free movement of people for work and high wages, not welfare."

On food, he said: "If British consumers would like Australian lamb, for instance, why shouldn't they be able to get it at the best price?

"And if Australian consumers would like British cars why shouldn't they be able to get them at the best price without tariffs, which are a tax on consumers or quotas that interfere with consumer choice?"

He said that, historically, Britain had always welcomed goods, ideas, people and capital. That was why Britain had made such "an extraordinary and unique contribution to these times" - the mother of parliaments, the world's common language, the industrial revolution.

He said that’s why global Britain should be able to do more for the world, and for itself, than a Britain that had to double check things with Brussels.

"Now, I've never had British sparkling wine but it must be good at about £30-plus a bottle. I suspect that most of you won't have had Tasmanian whiskey, but I can tell you it's very good, indeed, and it needs to be at up to $400 a bottle."

But Minette Batters said her role was to speak truth to power, and the UK government made an ironclad commitment that they would not undermine farmers.

“For all of us on the periphery, it is parliament that should and can decide our future," the NFU president added.

"And with a majority government, it is absolutely vital, being a country that is made up of four nations, that this is an open and transparent process and not dictated behind the four walls of the Department International Trade.”

She said the UK has been a very lazy exporter as the country was a prized market and service-based economy: "We have to take a very different line on this to protect our countryside.

"Politically, we have been disconnected from our food systems and we have been focused on ever-cheaper food, rather than the values that need to drive food production. It’s about changing the conversation, being radical and aiming up," she said.

A series of webinars, run during the Covid-19 pandemic, have focused on themes from the OFC’s 75-year history.

The latest one adopted the 1990 conference theme, ‘Farmers in Competition’, with the debate focusing on trade.