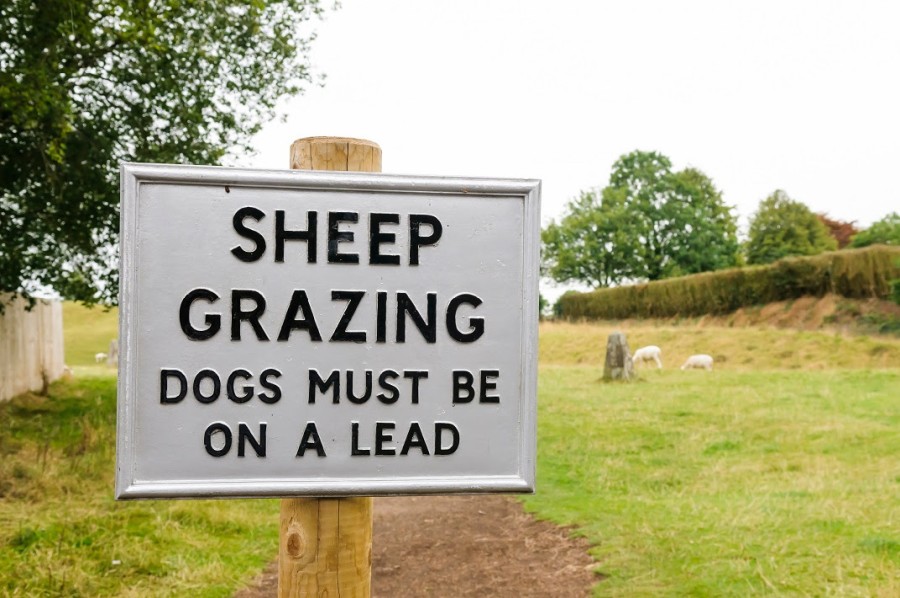 Police are calling on people walking their dogs in rural North Yorkshire to take responsibility for their pets, after more attacks on livestock.

Officers are concerned that as Covid-19 restrictions are lifted, more people are travelling to the countryside, and walking their dogs around sheep without enough care.

The warning follows incidents in the Harrogate and Richmondshire areas in the last week.

On Saturday 11 July, a member of the public called police to report a dog running loose in fields in Arkengarthdale.

An officer from North Yorkshire Police’s Roads Policing Group was on patrol on a police motorcycle nearby and attended the scene.

The dog, a German pointer, was seen to chase and attack sheep, including a ewe and a lamb – although they are not believed to have suffered serious injuries.

Police spoke to the dog's owners, and their details taken. Enquiries are ongoing to identify the sheep’s owner.

The following day, police were called by a farmer reporting a dog had attacked a lamb on his land near Thruscross Reservoir, near Harrogate.

The farmer was able to secure the dog, and the lamb was taken away to recover.

The husky dog had managed to get away from its owner before running through a fence, and chasing sheep.

A police officer arrived and spoke to the farmer, and the dog owner. In the circumstances, the farmer was content with an apology and for the dog owner to be educated about the risks of a loose dog among sheep

Police therefore dealt with the incident by issuing a community resolution.

North Yorkshire’s specialist rural policing officers are keen to highlighting the financial and emotional impact on farmers of having their livestock attacked.

Inspector Matt Hagen, of North Yorkshire Police's Rural Taskforce, said: “We need dog owners to take responsibility for their animals – it’s very important that dogs are kept securely when at home, and on leads and under control when walking near sheep fields.”