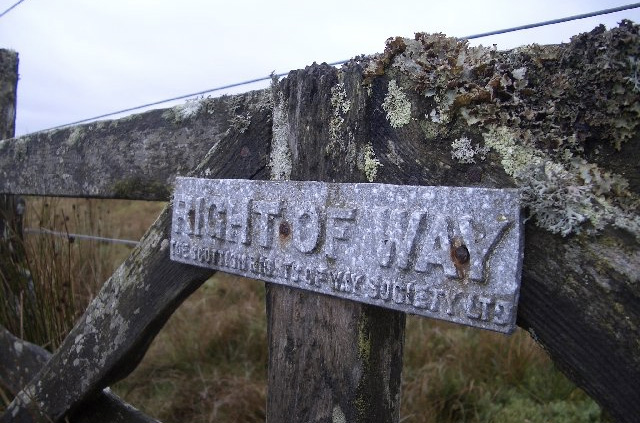 Rights of way have been in the news again. Barely a week seems to go by without landowners heading to the High Court, often spending hundreds of thousands of pounds in the process, to establish whether they have a right to pass over another’s land for one purpose or another. The most recent example involves equestrian access to a newly constructed (or expanded) livery yard.

The case seems fairly typical. One party, Lieutenant Colonel David Wood, claims that he (together with his predecessors including Liberal Peer Lord Sharman) have been using a track for long enough and in the appropriate way to have acquired a permanent right to do so. The other party, Edward Waddington, owner of the renowned Teffont Magna partridge and pheasant shoot, disputes this, has closed off the track, and is letting the Courts decide.

There is good reason why these matters are so often litigated. Leaving aside the simple facts that property rights can be emotive and that rights of access can be critical to the enjoyment (and economic exploitation) of land, the rules governing the acquisition of rights of way are complex, varied, confusing and leave a great deal of room for the lawyers to argue.

Salvation, of a sort, may be at hand.

The Law Commission has recognised the issue and has made recommendations for the acquisition of rights of way (together with a basket of other types of rights known collectively as easements) by long use to be simplified.

The current position is that there are three separate and distinct doctrines under which a right of way by long use can be established. The process by which the acquisition of such rights takes place is known as “prescription”. All of the different sets of rules require a period of long use, usually 20 years but occasionally 40, together with evidence from the applicant that the use has been without permission, has not been contentious or by force, and has not been in secret (such as use in the hours of darkness only).

Likewise, the Courts have held that an act is not secret, and is therefore capable of giving rise to permanent rights, if “a diligent owner, acting in the protection of their interests, would have a reasonable opportunity to become aware of the use”. This can also be a fine line, for example in relation to large areas of land where it may be difficult for landowners to keep abreast of all activities which are taking place, the identity of those who are making of the land, and the legal basis for such activities and the regularity with which they take place.

The question of what remedy should apply is often hotly contested. One party may demand an injunction, while the other may say that damages will suffice. If, for example, a building has been constructed so as to interfere with a party’s right to light, is it just that the building should be pulled down?

In addition to these complications, lawyers have long argued as to whether there are additional requirements for a claim for a prescriptive easement to be made out. Is there is a separate requirement that a landowner must have acquiesced in the actions of the party using their land? Equally, must the landowner have actually been aware of the use giving rise to the claimed right?

The idea behind the proposed reform is to simplify these rules. This should be welcomed, although the area will remain complex and disputes are likely to continue to arise.

Firstly the three difference doctrines will be replaced by a single statutory scheme. This is intended to limit the costs of disputes by avoiding the need for some Claimants to try to prove three similar but separate claims.

Secondly the relevant period which will have to be shown for a right to have arisen will be twenty years. It will be enough to show that such use has taken place at any time, whether recently or in the distant past, although the latter type of claim is likely to face evidential problems.

Finally, there will be no confusion as to the rules to be applied. If the Claimant can show use for the requisite period without permission, force or secrecy they will have established their right. There will be no debate about further requirements which may or may not need to be satisfied.

These reforms will not prevent many disputes in the future relating to what exactly constitutes permission, force or secrecy in the circumstances of a particular case. Ever more unusual and bizarre sets of facts will continue to require the Court’s determination. More intense use of land and competing land uses look set to make this and the remedies applied by the Courts a developing area of the law.

Nonetheless, a simplification of the current complex rules regarding the acquisition of rights of way and other prescriptive easements should be good news for potential litigants in terms of understanding the rules, minimising uncertainty and risk and also reducing the time and cost of disputes.

There is no certainty at present as to when Parliament may choose to take up these recommendations for reform but the majority view is that it cannot come too quickly to assist with avoiding disputes.