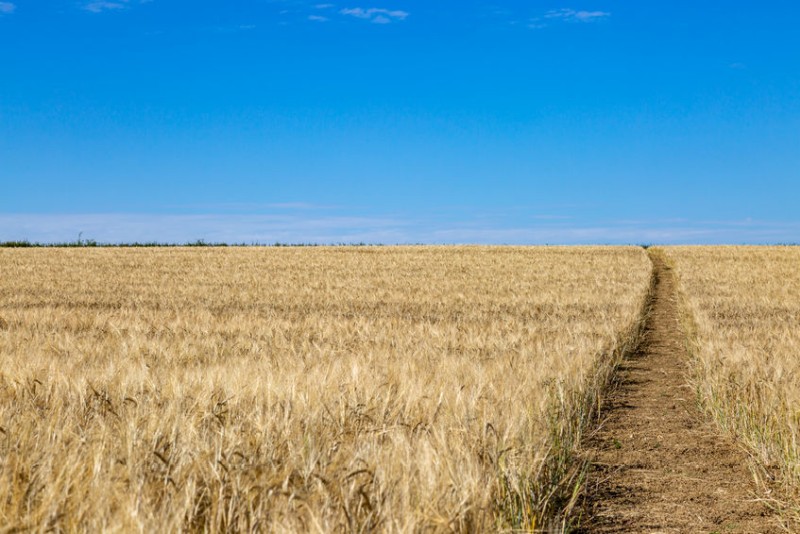 The ongoing dry spell could lead to an 'extremely challenging' season for farmers and growers across the country, the NFU has warned.

Concerns are mounting within the industry over the extended period of dry weather that started early in the agricultural calendar.

Government officials and farming industry leaders are set to meet and discuss the issue at the National Drought Group on Friday 5 June.

According to the Met Office, this year's spring has been the sunniest on record for the United Kingdom.

The lack of rain last month has also broken records in areas of England, with parts of north west, central and south east seeing their driest May ever.

Now the NFU is in the process of collecting much-needed information and analysis from farmers across all regions and sectors impacted by the weather.

He added that the dry weather impact was 'particularly acute' in the north and west regions of England, which are dependent on rain-fed water supplies.

And if rainfall remained low into the summer, coupled with high temperatures, it could lead to a 'widespread impact' for farming and the environment.

Many farmers are currently feeling the effects of a dry April and May, with some cereal crops already suffering from the early dry spell.

With irrigators working flat out across the UK, in addition to the disruption caused by Covid-19, the issue could shape up to be an 'extremely challenging' season for farmers and growers, NFU deputy president Stuart Roberts said.

"The irrigation season has started early for some and it is fortunate that, as a result of widespread heavy winter rainfall, which was a problem for many, reservoirs were filled.

"At the moment there is generally good water availability from both groundwater and surface water sources, although these are being closely monitored."

He added: "Farmers are following predictions of possible hot, dry spells in the weeks ahead and what this could mean for water availability, especially with livestock now turned out to graze and harvest not far away."

As the UK moves into what is shaping up to be a third consecutive dry year, the NFU is pushing the government to consider the impacts of climate change on farming.

The union is thus continuing its call for the British food and farming sector to be recognised as an 'essential user' of water.