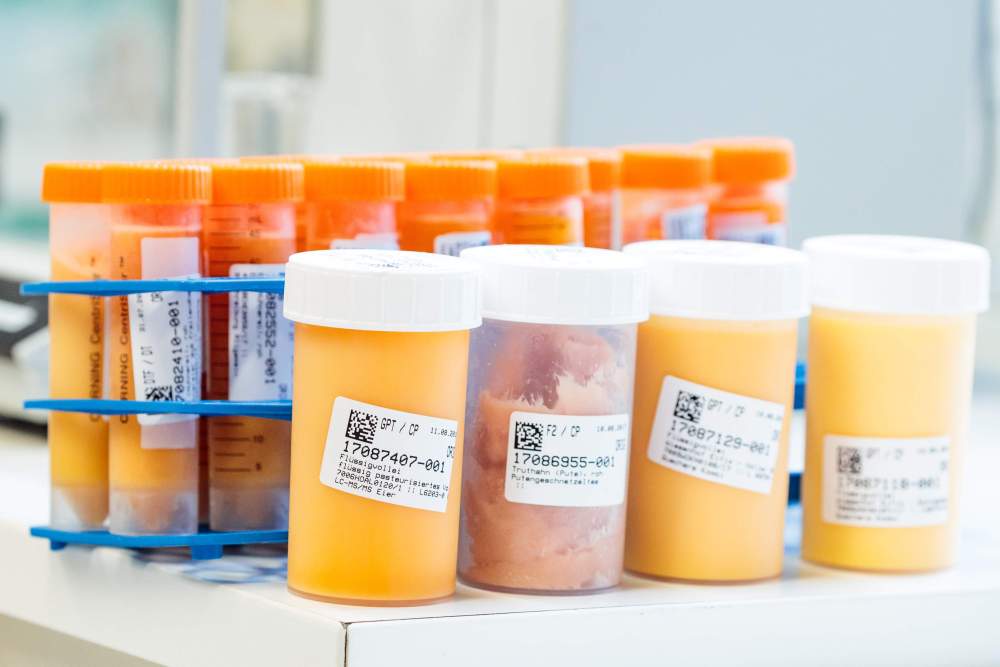 The chemical scandal rocked the Dutch egg sector in 2017 (Photo: EU eggs being tested for fipronil)

A court has found two companies liable for a chemical scandal that rocked the egg industry in the Netherlands in 2017.

Millions of birds were culled, millions of eggs destroyed and food products were withdrawn from supermarket shelves across Europe after fipronil - a chemical banned from use on animals in the food chain - was found in eggs.

Investigations subsequently found that the chemical had been used in a treatment for red mite in laying hens.

Traces of the chemical were found in eggs or chickens in eight European Union countries, although UK farms were found to be clear of fipronil.

The Netherlands' egg industry association, Ovoned, estimated that losses to the country's egg industry amounted to well over 60 million Euros.

Some 120 poultry farmers pursued legal action against two companies - Chickfriend and Chickclean - which were said to have provided farmers with disinfectant which they said was natural.

But it was found to contain fipronil - a banned insecticide potentially harmful to humans in high doses.

A court at Arnhem in the Netherlands has now ruled that the damage caused to poultry farmers was “a result of Chickfriend and Chickclean’s use of fipronil.”

“Chickfriend and Chickclean have not fulfilled their agreements with poultry farmers to fight blood lice and are liable,” the Arnhem court said in a statement.

“The owners of the lice control (company) knew that the pesticide Dega-16 contained fipronil and that the use of this biocide to control lice is prohibited,” it said.

The court said individual damages to be paid to poultry farmers would be determined in court at a later stage.

The 2017 scandal led to the creation of an official Dutch inquiry into what happened. It produced a report in 2018, which heavily criticised egg companies and Government bodies for failing to take food safety more seriously.

Food safety received too little attention at the NVWA, says the report. It also says that politics and government have too limited a view on their own role in relation to food safety and only come into action when an incident or crisis occurs.

"Economic and financial interests should never take precedence over the importance of food safety," said former Justice Minister Winnie Sorgdrager, who was president of the committee looking into the scandal.

"Food safety must be given priority, both among the companies in the egg chain, as well as at the NVWA and the relevant ministries.

"The egg sector has been struggling for years with the problem of blood lice. Suddenly there was a panacea.

"There should have been alarm bells in the sector itself. It also took far too long before action came after the reports and there was too long uncertainty about the risks to public health

" That says something about how it is arranged in our system. Food safety must be well secured. There are countless opportunities for all parties to limit risks of this type of incident. "

Even a year after the original scandal more fipronil was found on three Dutch farms and some 73,000 Dutch eggs were withdrawn from sale in Germany.