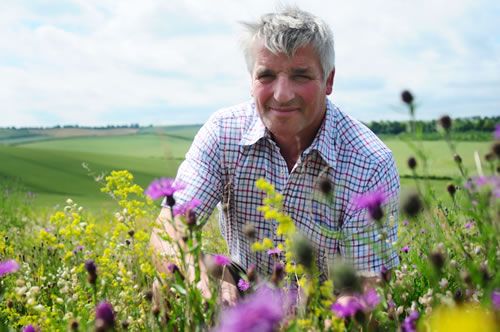 An early harvest and high prices for other crops could lead farmers to overlook potentially lucrative oat contracts for next year. This is the warning from prominent arable farmer Robert Law, who says oats, as a traditionally late-sown crop, are in danger of being passed by, even though there are contracts on offer that match or even surpass those for some wheats.

’Conservation oats is just one example,’ says Robert, who farms in Hertfordshire. ’Consumers are becoming more aware of the need for arable systems that actively promote wildlife, and the Conservation Grade scheme has recruited some big food companies recently that will be able to market brands under the ’Nature Friendly Farming’ banner.

’Farmers could be looking at the long term opportunities of getting involved in initiatives such as this.’

Robert was one of the first farmers to grow crops under the Conservation Grade protocol. He says he’s aware of a number of farmers who are taking advantage of the early harvest this year to switch to oilseed rape from oats as a break crop for wheat.

’Everyone assumes rape is more profitable, but that’s not always the case,’ points out Robert. ’There are some good opportunities around for oats. Conservation Grade pays a premium for oats of ’11 over wheat futures in return for farmers putting 10 per cent of their farm ’ usually the least productive areas ’ into specific wildlife habitats.

’What’s more, if you’re already investing in wildlife habitats for schemes such as ELS and HLS, you could find that you are already eligible. Aside from it being a good way of securing a market with a premium, it’s rewarding to grow habitats that work and tick other environmental boxes at the same time ’ and it could open the door to also grow crops such as wheat for the scheme.’

The Conservation Grade protocol was first developed in 1985 and has since evolved into an internationally recognised independent sustainable farming standard, operating in five countries on over 60,000 acres and certifying produce ranging from milling wheat to lettuce.