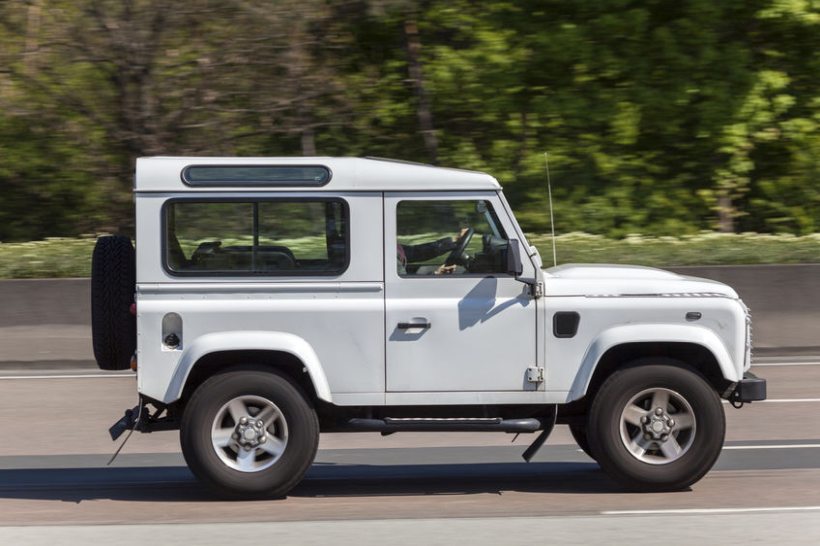 Tracker recovered over £4.2m worth of stolen vehicles during January to June, of which 4x4s accounted for £2.6m

Analysis of data from stolen vehicle recovery expert Tracker reveals an increase in vehicle thefts as the UK stepped out of lockdown during the first half of the year.

By the end of June, the volume of theft activity had increased by over 32% compared to the end January, with Range Rover and Land Rover models remaining the top choice amongst criminals.

Tracker recovered over £4.2 million-worth of stolen vehicles in total during January to June, of which 4x4s accounted for £2.6 million.

The highest value car stolen and recovered during this period was a Range Rover Sport worth £94,000 in May, with Range Rover and Land Rover models accounting for 29% of the total stolen vehicles recovered by Tracker in the six months.

May was a particularly busy month for criminals who made up for lost time. The total value of vehicles recovered in that month was almost three times higher than in January.

Keyless cars also continue to be frequently targeted by criminals. Tracker’s latest data reports that 92% of the stolen cars it recovered January to June were taken by tech-savvy thieves compromising the signal from the vehicle’s key fob.

Added to this, insurers have revealed that keyless vehicles account for almost half of all reported ‘theft of vehicle’ claims.

The exploitation of keyless technology by criminals has become such a concern for police that the UK’s?top police officer responsible for?investigating?vehicle crime, just recently issued a nationwide warning encouraging owners to better protect their vehicles and insurance premiums.

Tracker's Head of Police Liaison, Clive Wain said that farmers needed to be aware of the risk and take steps to protect their vehicles, beyond relying on a factory-fitted alarm.

"Those with keyless entry vehicles also need to safeguard their key fob, for example, keeping them inside a metal container that blocks the key’s signal so it cannot be extended to remotely unlock and start the vehicle.

“Unfortunately, even with multi-layers of protection against theft in place, the most experienced thieves and organised criminal gangs will take measures to bypass barriers if the potential payoff is worthwhile.

"Once a vehicle is stolen, a Tracker device is the best possible way to help the police quickly locate and recover it before it is broken down for parts or sold on.”