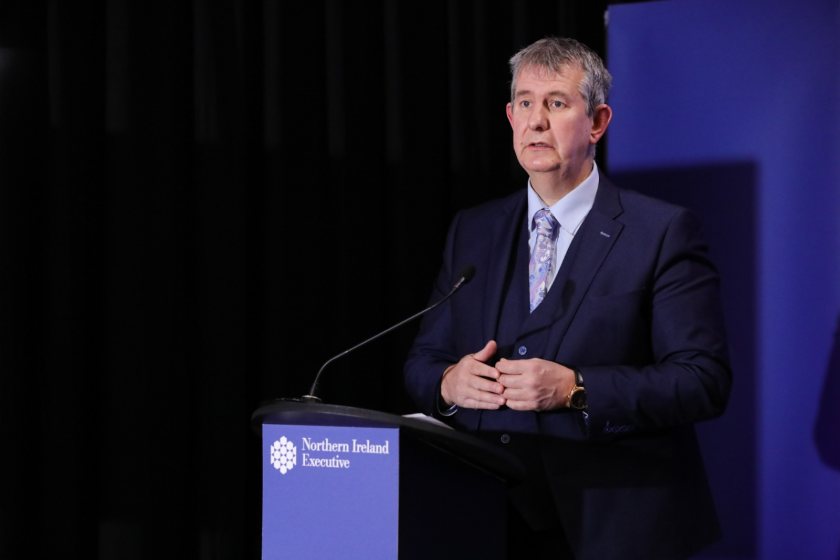 DUP leader-designate Edwin Poots has written to UK government to express 'strong opposition' to the prospect of a zero tariff, zero quota trade deal with Australia.

Mr Poots, who is currently Northern Ireland's agriculture minister before taking up his new role on 28 May, said such a deal would be 'damaging' to the region's beef and sheep trade.

“The prospect of such a deal presents a high level of risk to Northern Ireland and UK farmers," he said as part of a letter to Defra Secretary George Eustice.

"Therefore I believe that the UK should maintain tariff protection at present levels for all agricultural products where the UK has a significant production interest."

Farming groups fear there is a lot of potential for Australian beef and sheep exports to the UK to expand substantially over time if tariffs are eliminated.

Mr Poots warned that Australia had a 'number of distinct advantages' over Northern Ireland in terms of the land available for farming, climate and lower standards.

He said these factors allowed Australian farmers to produce at a considerably lower cost, particularly in the beef and sheep sectors.

This is in line with the UK government's impact assessment of the Australia FTA, which concluded that full tariff liberalisation would result in an increase of imports from Australia of 83% and a fall in UK agri output of more than 0.5%.

The government also noted that "it is expected that the increase in imports would, in part, comprise sheep meat (including lamb) and bovine meat."

It said that NI could experience a negative impact in output terms overall from tariff liberalisation with Australia due to its specialisation in agri-food.

Mr Poots added: "Australian beef and sheep products have the potential to undercut UK producers and to reduce Northern Ireland’s market share in GB which is our most important market for these products."

Responding, a UK government spokesperson said a deal with Australia could 'benefit all of the UK, including Northern Ireland'.

"Lower tariffs on automotive and pharmaceuticals in particular would boost Northern Ireland’s machinery and medicinal businesses.

“The scoping assessments are static analyses, which do not take account of future Australian or UK growth, and also do not capture the economic and strategic benefits of this deal as a stepping stone to CPTPP.”