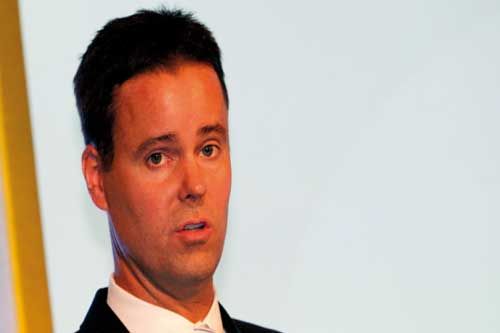 An egg producer has explained to International Egg Commission delegates why she is taking the state of California to court.

The legal action revolves around Proposition 2 - legislation that restricts the use of laying cages. The legislation was voted into law by the electorate in California following a campaign by animal rights activists. But egg producers say that the legislation is unclear, leaving the industry with doubts about how to comply. One family egg production company, J.S. West is taking legal action in an attempt to clarify the rules.

’All we know is that the birds need to stand up, sit down, turn around, spread their wings without touching the sides of the enclosure or another hen,’ said Jill Benson-Woodward, the vice president of J.S. West, when she addressed IEC delegates at their conference in London. ’We are stuck with vague language.

There are no guidelines, no standards. The EU directive has very specific standards. You know exactly what you can and cannot do.’ She said she simply wanted clarification. ’We need to know density. We need to know how many birds would be acceptable.’

Proposition 2 was passed in November 2008. Some 63 per cent of those who voted in the ballot voted in favour of the legislation, which affects veal crates and sow gestation crates as well as conventional layer cages. The ballot was instigated by the Humane Society of America, which is pursuing similar campaigns in other American states. Chad Gregory, senior vice president of United Egg Producers, told the IEC conference that the egg industry had been forced to do deals with the Humane Society in Michigan and Ohio to avoid local ballots.

Legislation was being pursued in Connecticut, Florida, Nebraska and Massachusetts and there were also threats in Washington and Oregon.

Chad Gregory said the Humane Society had the backing of some of the biggest law firms in the world. He agreed with one delegate who said that unlike animal welfare organisations in other parts of the world, the Humane Society’s aim was to have America completely free of farm animals. Jill Benson-Woodward said she believed that the Humane Society was intent on crippling the egg industry with law suits.

Her own law suit against the state of California is an attempt to ascertain whether her company’s move towards enriched cages will be seen as sufficient to comply with the Proposition 2 legislation. The law requires egg producers to comply with the new rules by January 1 2015, and J.S. West has invested in a colony system that allows the laying hens more space. But Jill says that because of the vagueness of the legislation she is still unsure about whether the new units will be seen as acceptable under law.

’We knew we had to file a law suit ’ it’s a friendly law suit ’ against the state of California, and we know we had to include our friends from HSUS, for declaratory judgement,’ she said. ’A judge in the United States will not define Prop 2 but he or she will say, ’Well, yes I can see this. I can see how it works and it will be compliant.’ With that they will say how they got to their decision, which will help the rest of the California egg farmers, including us. We have got maybe $30 million to spend to get these enriched. For the state of California, with maybe 19 or 20 million hens, that’s a billion dollars.’

J.S. West, which has been in business for 102 years, has 1.8 million hens on three farms in California and employs more than 100 people. Jill Benson-Woodward said that when Proposition 2 was passed the family considered moving out of state and even considered moving out of the country. However, she said hers was a California family that wanted to remain in California and they decided to invest in enriched colony barns in an attempt to comply with the legislation. She said she believed that the barns not only met the requirements of Proposition 2 but also met the complete holistic needs of the birds.

The eggs from the enriched colony barn are marketed as Comfort Coop and are priced at only a very small percentage over standard cage eggs. Jill said that although the electorate of California had voted for Proposition 2 some 95 per cent of eggs consumed in the state were still conventional cage eggs.

J.S. West has also actively reached out to the public by opening up to public examination. Legislators, the media and educators have all been invited to take a look around and see how the hens are kept and how the eggs are produced.

The family has even installed a camera in the hen house so that the public can go online and see the birds 24 hours a day. ’We know we need to maintain continual communication with the voters/consumers.

They want to know where their food comes from and they should. So we educate and outreach and we are using transparency and social media, which we feel is key,’ said Jill Benson-Woodward.

Despite all these efforts, the vague drafting of the regulations in Proposition 2 have left J.S. West uncertain about whether its efforts have been enough to satisfy the law. That is why the company has resorted to legal action.

The company may have won animal welfare certification for its new egg unit, but only the approval of a state judge will ensure that Jill Benson-Woodward and her family do not feel the full force of the law on January 2 2015.