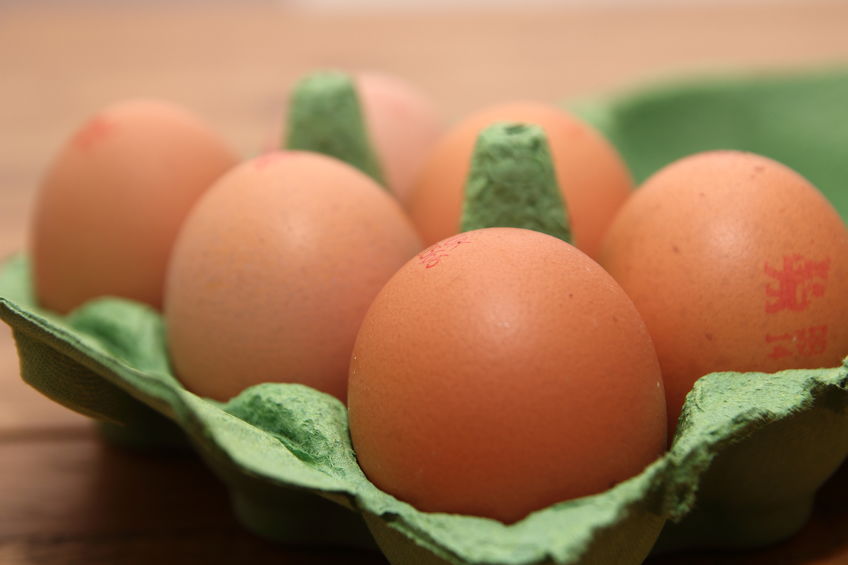 Industry bodies have called for more support for British egg producers post-Brexit after a government statement again failed to commit to tariffs.

Egg producers are 'alarmed' after the government provided no commitment on the use of import tariffs, the British Free Range Egg Producers Association (BFREPA) said.

The group has urged Number 10 for more measures to limit the amount of imported egg products from low welfare systems in any post-Brexit trade deal.

Chief executive Robert Gooch said farmers have 'led the world' in high-welfare production but face the 'very real threat' of being undercut by eggs from hens kept in conditions which are illegal in the UK.

“We again call on the government to reassure British free range egg producers that their livelihoods will be not be exported abroad during trade negotiations and ask for the current level of egg tariffs to remain post Brexit,” he said.

Mr Gooch was responding to a press release from the British Egg Industry Council, Compassion in World Farming (CIWF) and the Royal Society for the Prevention of Cruelty to Animals (RSPCA).

The coalition wrote to the International Trade Secretary Liz Truss and Defra Secretary George Eustice ahead of the announcement of the UK Global Tariff Policy.

The government said it remains 'firmly committed' to upholding the UK's high environmental, food safety and animal welfare standards after leaving the EU.

"The EU Withdrawal Act has transferred all EU food safety provisions onto the UK statute book, including the high standards underpinning the British egg sector," the statement said.

"The government also remains committed to promoting robust food safety standards nationally and internationally, to protect consumer interests, and to ensure that consumers can have confidence in the food they buy.

“The government will stand firm in trade negotiations to ensure any future trade deals live up to the values of farmers, consumers, and businesses across the UK."

The statement added: "As set out in our manifesto, we will drive a hard bargain with all of our trading partners – and, as with all negotiations, we will be prepared to walk away if that is in the national interest.

"In developing our approach to future trade and upholding domestic standards, we are mindful of the importance processed eggs and similar products play in the market.”

While the UK egg industry operates to high standards, there is a risk that, without tariffs, eggs and egg products imported from third countries which do not meet basic hen welfare requirements could undercut domestic production.

Mark Williams, British Egg Industry Council chief executive, highlighted this issue: “While we welcome the commitment to not compromise standards, this approach must also apply to imports, something which the government fails to make clear.

"We cannot allow the government to operate double standards where UK farmers have to continue to produce to high standards, yet allow imports produced to lower or no standards at all."

Mr Williams said this would be a 'moral outrage' for consumers and 'catastrophic' for farmers, supply chain and the UK’s reputation for high standards.

David Bowles, RSPCA head of public affairs, added: “Without trade and domestic policy acting in concert, there is every chance that battery caged eggs will be back on the menu and we risk a race to the bottom for our animal welfare and food safety standards.”

Without tariffs to only allow imported products produced to UK standards, the 'doors would be wide open' for eggs from countries with lower standards, according to Dr Nick Palmer, Head of Compassion UK.

"This is not what UK consumers expect of our government, which promotes high standards of hen welfare, environmental protection and food safety.”