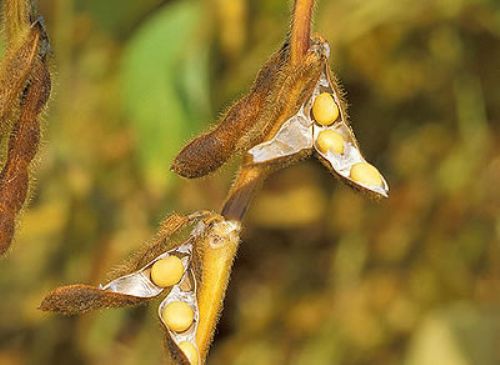 The British Free Range Egg Producers Association is hoping to start negotiations with supermarkets over dropping the requirement to use non-GM feed.

The requirement, which is estimated to add the equivalent of between two and three pence per dozen eggs (dependent upon the premium for Non GM, which can alter) to producers’ costs, is currently still being imposed upon the vast majority of the poultry sector, even though the same demand is not placed upon other livestock farmers. BFREPA chairman John Retson is to ask supermarkets to treat egg producers the same way that they treat other farmers and abandon the non-GM requirement.

In recent months John has had meetings with representatives of three major supermarket chains, Tesco, Sainsbury’s and Morrisons, to discuss the challenging issues facing the free range egg sector. John said that the meetings had gone very well and that the supermarkets had shown themselves to be willing to listen to The Association’s concerns. He said he hoped to begin having regular meetings with the supermarkets as a result of those initial talks, and John now wants to make use of those contacts to call for the Non GM requirement to be dropped. "It is an unnecessary added cost for egg producers and one that is very difficult to justify in the current financial circumstances."

A speedy resolution of the issue is vital for egg producers because any delay in making a decision could see it put off for another year. Non GM soya is only grown in Brazil, with the crop being harvested from February, and shipped to Europe in April for May delivery . Farmers begin to plant soya in Brazil from August. With each passing year, the proportion of GM soya planted has grown, this year’s Brazilian crop is estimated to be 75% GM, and next year the trade believes that figure will rise to 80%. Monsanto, the original marketer of GM technology, is encouraging ever more farmers to grow their GM soya with enticing financial inducements. To compete, the buyers of Non GM soya are having to offer ever higher premiums, so the cost of Non GM soya will only ever rise. To make matters worse Brazilian soya processors are reporting higher levels of GM contamination with this season’s crop, and it will become ever harder to find unadulterated Non GM soya as the amount grown dwindles under the rising pressure of GM plantings.

If no decision is made by UK retailers before planting then Non GM soya crops will be in the ground and egg producers will have to wait until the following year for the feed chain to make the switch. In the mean time they will continue paying a price premium for Non GM soya in their feed – and remember your Non GM feed already contains GM oils, vitamins and amino acids, and that is before compounders analyse their soya and find that that too might be contaminated.