Egg sales up as part of ethical growth, report says 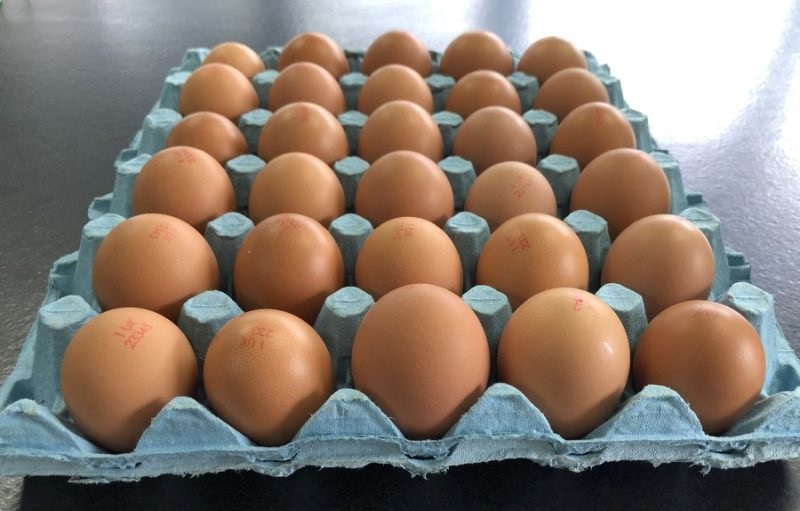 Spending on free range eggs has nearly trebled over the last decade, according to an ethical consumerism report by the Co-op.

The report, which has tracked consumer shopping habits since 1999, shows that the value of free range egg sales has boomed over the 10 years from 2010 to 2020.

The authors said that this was part of a wider trend showing a rise in ‘ethical spending.’

They said that the UK ‘green pound’ had reached record levels, breaking through the £100bn mark for the first time, with ethical consumer spending and finance in the UK amounting to £122bn.

They said that brand boycotts on ethical grounds had risen sharply to almost £4 billion, up 18 percent in the year.

The ‘green pound’ had more than doubled from £51billion but Britons were withholding cash at record levels to boycott brands due to social or environmental concerns.

“Our Ethical Consumerism Report is a barometer on consumer behaviour and shoppers are turning up the heat to boycott businesses which fail to act on ethical or social concerns.

"The report is a warning to brands that they must do business a better way for workers, communities and the planet but it offers clear evidence to policy makers that they can positively influence change,” said Steve Murrells, Co-op Group CEO.

“I had the privilege of attending COP-26 and whilst we can all agree the summit did deliver some progress, the hard yards begin now.

"Every business will have a role to play and we’re clear that a key part of our role is to help educate on how customers can make a difference by changing how they shop.

"And we know that we can achieve greater things together, which is why we’ve promised with our supermarket counterparts to halve our environmental impacts by the end of this decade.”

The report said that ethical food shopping trends reflected the changing diets of the British consumer, with the vegetarian and plant-based alternatives category increasing in sales by 34 percent and now worth £1.5 billion.

Highlights it pointed to were that fairtrade sales showed an increase of 14 per cent, the sale of organically certified food grew 13 per cent and free range egg sales were more than £1 billion for the first time.

Independent certification continued to be important in helping consumers make better choices, they said. The Fairtrade, RSPCA Freedom Assured and Rainforest Alliance brands all rose in value. They said free range egg sales were helped by the increase in market volume “as more supermarkets joined the Coop in only selling free range eggs.”

In the UK, all major retailers have committed to abandoning eggs from cages by 2025.

Since 2006, egg consumption in the UK has grown year on year, rising by three billion eggs, according to Kantar Worldpanel and industry estimates over that period. This is an average growth of 260 million eggs each year.

Free range sales have also risen sharply and now represent 67 percent of retail egg sales, which is double their level in 2004 (32%), according to Kantar Worldpanel.

Overall production of free range eggs, which also includes eggs for foodservice and food manufacturing has also more than doubled from 27 percent to 56 percent.

The Co-op’s ethical consumerism report has tracked total UK ethical expenditure every year for the past two decades.

The authors pointed out that this year’s report was released in the midst of the ongoing pandemic and heightening urgency of addressing the climate crisis. They said the report poses the question ‘Can we consume back better?’

They said that ethical consumer spending and finance in the UK in 2020 broke through the £100 billion mark for the first time, reaching record levels of some £122 billion at the end of 2020.

Back in 1999, the total size of ethical consumer markets in the UK was just £11.2 billion.

The more than ten-fold uplift showed that, where businesses provided ethical choices and where governments provided helpful incentives, consumers would respond positively.

“In particular, we have seen the most significant growth in low-carbon home and lifestyle spending in Eco-travel and Transport, Green Home and Ethical Food and Drink,” they said.