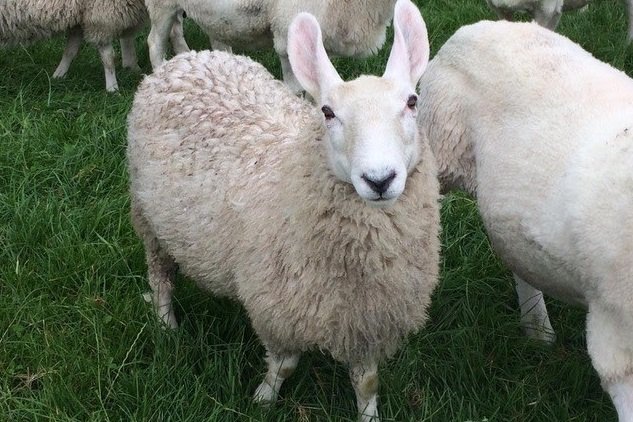 One of the stolen Border Leicesters. The breed is distinctive in appearance, with large upright ears (Photo: North Yorkshire Police)

A police investigation is underway after livestock rustlers stole eight Border Leicester lambs from a field in North Yorkshire.

Police are appealing for witnesses and information after eight pedigree sheep were stolen from a farm near Stokesley.

The incident is thought to have happened between 1 and 7 October 2020, North Yorkshire Police said.

The stolen Border Leicesters, distinctive in appearance with large upright ears, are a mixture of male and female.

In the left ear they all bear the tattoo BLA45, while in the right ear they carry tattooed serial numbers prefixed with ‘S’.

A spokesperson said: "If anyone saw anything suspicious or has any information about the lambs’ whereabouts, please contact North Yorkshire Police on 101, select option 1 and quote reference 12200176115."

Last year, livestock worth more than £3 million were stolen from UK farms, according to NFU Mutual.