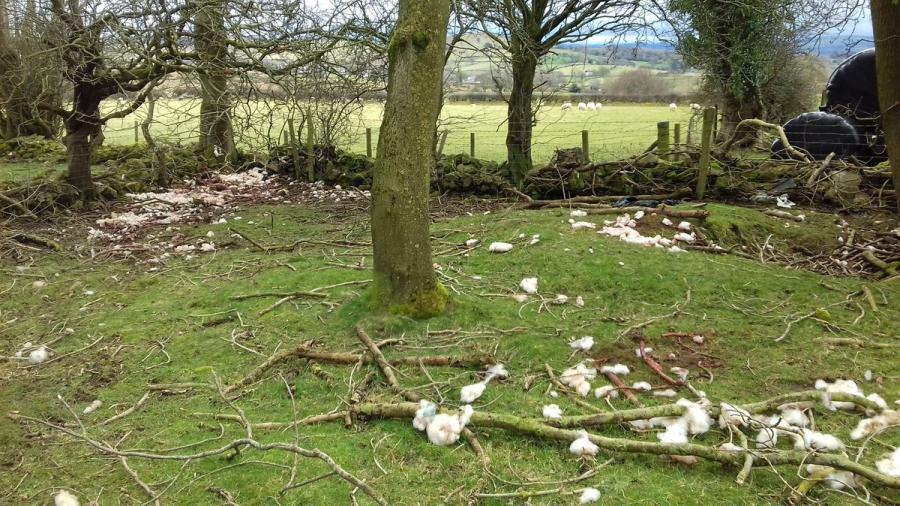 "The white you can see is the remnants of sheep fleece" (Photo: NW Rural Crime Team)

Eight sheep have died and one alpaca injured following a dog attack on livestock in north Wales yesterday.

The attack happened on a farm between Brynford and Pentre Halkyn, Flintshire overnight on the 13th and 14th of February.

Eight sheep died following the attack, with 2 dying at the vets. An alpaca sustained bite mark injuries on its back. 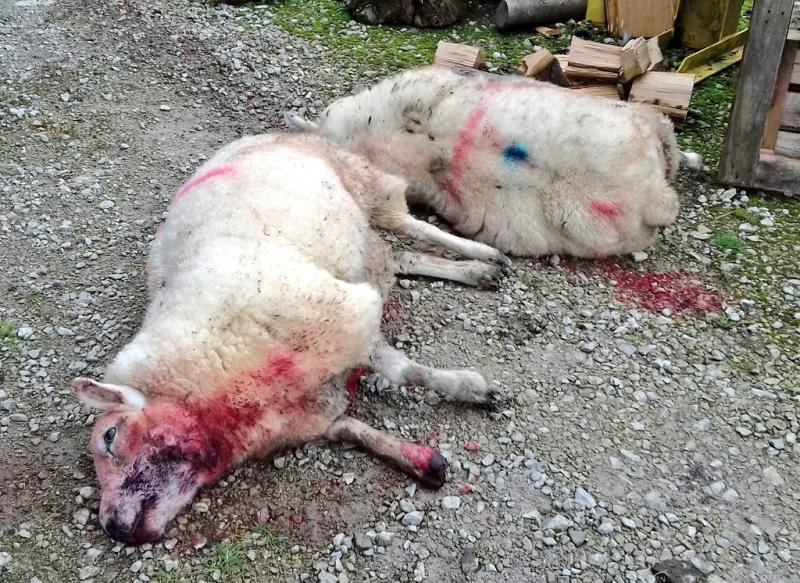 The team tweeted: "This (main story photo) is the aftermath of today's attack in Brynford.

"The unknown dog has trapped and killed some of the sheep in the corner on the left and down an old mine shaft on the right. The white you can see is the remnants of sheep fleece."

North Wales Police are now appealing for witnesses to the attack.

New figures by NFU Mutual how that the cost of dog attacks on livestock rose by 67 percent across the UK in the past two years.

The record level of claims cost the farming industry an estimated £1.6m in 2017, according to the rural insurer.