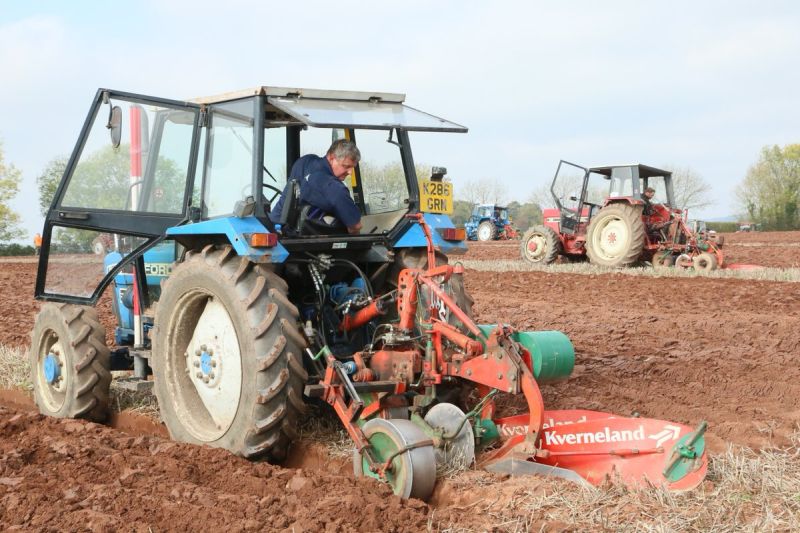 Two of England’s top ploughmen, David Chappell and Peter Alderslade are preparing to travel to the USA (Photo: Society of Ploughmen)

Two of England’s top ploughmen are preparing to travel to the USA later this month to compete in the 2019 World Ploughing Contest.

Competitors will be travelling from 28 countries to take part – from as far afield as Australia, New Zealand, Kenya and Russia.

Both are well aware as to what the judges will be looking for as this will be the 7th attempt at the titles by both ploughmen.

The Brits have the skills required to beat their previous bests of 4th overall but they will have some tough competition from the other countries where entries include past World Champions.

The World Contest will be held on 30th and 31st August on land at Baudette, Lake of the Woods, Minnesota.

Completing the team and judging for England is farmer Vivian Samuel from Herefordshire who has been both a ploughman and a judge in past contests.

He won the World Ploughing Champion title in New Zealand in 1980.

Vivian will also act as team coach prior to the contest to try and help both ploughmen in their bid for world honours.

After their experience of ploughing on foreign soil, David and Peter’s tractors and ploughs will be shipped back to the UK, ready for them to compete in this year’s British National Ploughing Championships.

Both will be striving to retain their titles and win a place at the 2020 World Ploughing Contest to be held in the Russia.