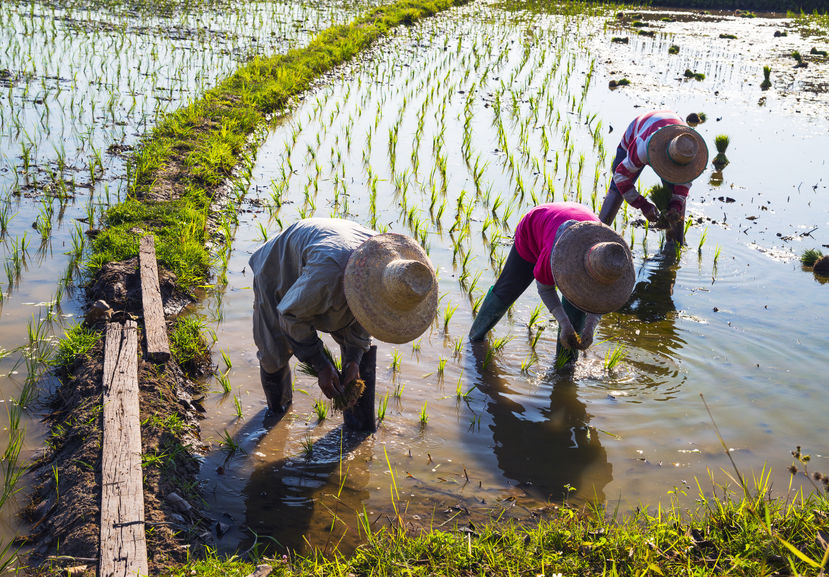 A Malaysian rice variety gives higher yields with less fertilizer compared to two other varieties grown in Southeast Asia. This could be key to increasing food security in times of climate change, according to a recent analysis published in the Pertanika Journal of Tropical Agricultural Science (JTAS).

Rice is the most common grain in Malaysia, both in production and consumption. Malaysia’s rice production, however, accounts for only a fraction of total yields in Asia – approximately 0.4% in 2011 – according to the Food and Agriculture Organization of the United Nations. This is partly due to the limited land available for growing the crop and because the country does not produce its maximum potential yield, according to the Malaysian Agricultural Research and Development Institute.

Demand for rice is growing in an increasingly challenging environment as the consequences of climate change and global population growth continue to unfold. An increased application of nitrogen fertiliser could enhance rice yields to some extent, but this is not economical as the researchers point out. What’s more, nitrogen does not improve the plant’s tolerance to uncertain climatic conditions.

As an important nutrient for plants, increased levels of nitrogen are normally thought to lead to increases in photosynthesis, the process by which plants convert light into energy for growing.

In a JTAS research paper, Tiara Herman and colleagues from the University of Nottingham Malaysia Campus found that a Malaysian rice variety called MR253 showed higher levels of photosynthesis when it was given less nitrogen compared to two other Southeast Asian rice types. This indicates that MR253 has a more efficient mechanism of nitrogen absorption and distribution than the other varieties.

The researchers argue that optimising the photosynthetic mechanism of the Malaysian rice would result in higher yields, without increasing fertiliser usage. They add that the MR253 variety may have a lower susceptibility to intense lights, considering that it needs less nitrogen than other rice varieties to photosynthesise.

Herman’s team concludes that by reducing the amount of fertiliser and making the crop’s photosynthesis more efficient, this could offer a sustainable solution to enhance Malaysia’s food supply in unpredictable conditions.