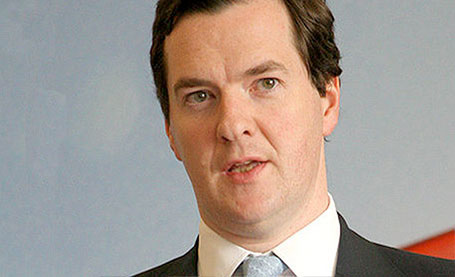 The Chartered Institution of Water & Environmental Management has criticised George Osborne's promise of tax breaks for the gas industry.

CIWEM said the Chancellor's commitment to shale gas was 'all fracked up' and will come at the expense of investment in renewables and energy efficiency.

In the budget announced last week, the Chancellor incentivised the domestic shale gas industry and said "I want Britain to tap into new sources of low-cost energy like shale gas, shale gas is part of the future. And we will make it happen."

Tax breaks will be given to fracking companies that develop gas fields, making the search and extracting of gas more attractive.

But the Institute said: "Incentivising gas to play a more extensive role in the nation's energy strategy could lock the nation into expensive fossil fuels if cheap shale gas fails to yield as hoped.

"Investment in gas infrastructure must not detract from energy efficiency, local combined heat and power, and investment in clean renewable energy sources such as solar, wind, biomass, wave and tidal power."

"Regrettably, the budget promotes fossil fuels rather than renewables and will jeopardise commitments to action on climate change.

"This is another desperate example of a short-termist approach to growing the economy. We should be investing in a sustainable renewable energy infrastructure and not a fossil fuel future."