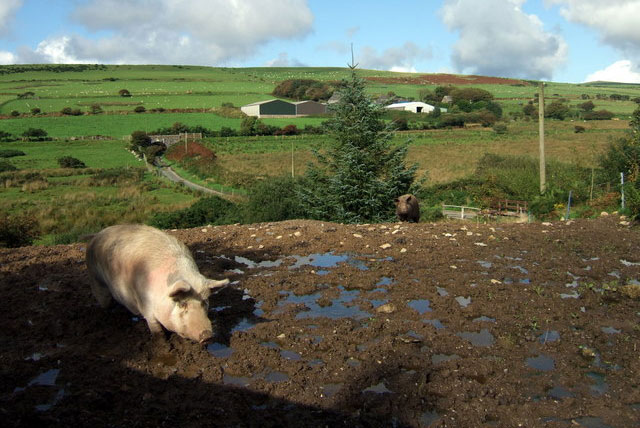 Recently, the European Union voted for new legislation to modernise the inspection system in pig slaughterhouses. The new legislation aims to improve food safety by increasing the focus on microbiological hazards, which are the main food safety risk from meat, and introduce a more proportionate risk-based approach to hygiene and welfare inspections, known as official controls.

But Compassion in World Farming's latest EU-wide pig campaign petition has managed to gather a significant amount of support after two weeks.

Dil Peeling, Director of Campaigns for the charity said: "This proves to what extent EU residents care about pig welfare. Surely this should make the 27 EU member states take notice and ensure that animal welfare legislation is enforced."

Annamaria Pisapia, Director of CIWF Italy, which has collected almost 50 per cent of the signatures, said: "We weren't expecting this many signatures so early in the campaign. We are so excited - for the pigs and the increasing chances of enforcing legislation throughout Europe and for the future of CIWF Italia."

The new legislation is part of a wider review of official controls being carried out across Europe to address some of the historic anomalies within the current regime.

The current system of meat hygiene controls, particularly post-mortem inspection of meat, was developed more than 100 years ago.

Focus then was on visible parasites, rather than the pathogens not seen by the naked eye that present the greater risk today.

The new legislation agreed this week is expected to come into force in June 2014. The FSA will now work with the meat industry to implement the new requirements.

New legislative proposals on poultry, sheep and cattle meat inspection are also planned and are likely to be published within the next year.

In May, the National Farmers' Union used a European advisory meeting to challenge Commission officials on their 'ongoing failures' to police pig and poultry rules across Europe.

The Pigs Directive lays down minimum standards for the protection of pigs within the European Union and one such standard, agreed by the EU in 2001, is the banning of sow stalls as of January this year.

Compassion in World Farming investigated 'shocking' lapses in pig welfare reported on Spanish farms still using sow stalls despite their EU wide ban implemented in the New Year, which the charity reported about in early March.

The NFU took part in the Egg and Poultrymeat Advisory Meeting in Brussels last week. Representatives from the Commission's Food and Veterinary Office (FVO) and its Animal Welfare Unit were questioned on the poor progress on inspections to verify Member States are compliant with the ban on conventional laying cages (introduced in January 2012) and the partial ban on sow stalls.

"Bins full of dead pigs being eaten by maggots; piglets lying in their own filth; pregnant sows kept in sow stalls, so narrow that they cannot even turn around: this is a horrific reality check" Compassion in World Farming said.

Over 10 million pigs are bred in Italy every year. Of these, more than 95% are reared in factory farms. These statistics are staggering in themselves, but Compassion's investigative footage portrays the lows of pig farming in Italy: each of the 11 farms visited by Compassion's Investigations Unit was found to be violating EU Directives.

At some farms, dead pigs were abandoned in the corners. With other pigs visibly seriously injured - left without care. Many of the pigs had serious eye infections, leaving their eyes bright red and painful.

"The conditions of the pigs on the farms that we observed are not only illegal, but also ethically unacceptable," adds Annamaria.

A member of Compassion's Investigations Unit says: "I have never seen such squalor. Nor pigs so deprived. With no stimulation, animals take out their frustrations on each other. In some pens this was clearly the case: scratches and bite marks scarring the animals."

"Placards showing the EU flag hung so proudly at the front of one farm, highlighting it had received funding from the European Union. I felt sick knowing that tax-payers’ money was pouring in here, when just a few yards away pigs were living in such unspeakable conditions – illegal under EU law."

But new legislation aims to create new official controls such as:

- reduced trichinella testing where other controls are in place

Liz Redmond, Veterinary Director at the FSA, said: "We welcome these changes to the current system. We think they will be better for consumers and meat businesses.

"With a greater focus on tackling the more harmful pathogens found on pork, consumers should have even more confidence in the safety of what they are buying. For food businesses this is a very positive step towards more risk-based and proportionate regulation in the future.'

The new legislation agreed this week is expected to come into force in June 2014. The FSA will now work with the meat industry to implement the new requirements.

New legislative proposals on poultry, sheep and cattle meat inspection are also planned and are likely to be published within the next year.