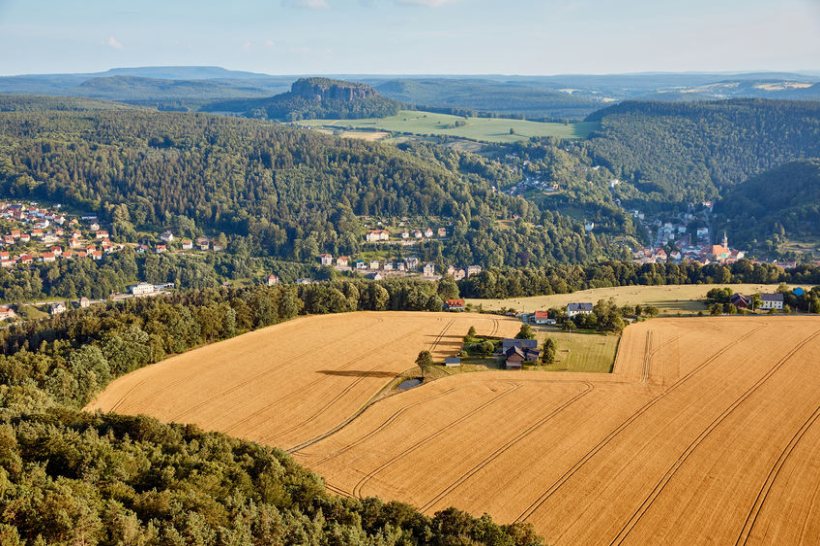 Approximately 8.5% of the EU's agricultural area is currently farmed organically

The European Commission has set a target to reach 25% of agricultural land under organic farming by 2030 across EU member states.

The target was presented by the Commission as part of its new action plan for the development of organic production to boost biodiversity.

The plan's overall aim is to increase the production and consumption of organic products to help reach the 25% by 2030 target.

Currently, about 8.5 percent of the bloc's agricultural area is farmed organically.

But there remains significant differences between member states regarding the share of land currently under organic farming, ranging from 0.5% to over 25%.

According to the Commission, the Common Agricultural Policy (CAP) will remain a key tool for supporting the conversion.

Executive Vice-President for the European Green Deal, Frans Timmermans, said 'the more land dedicated to organic farming, the better the protection of biodiversity'.

“We urgently need to restore balance in our relationship with nature. This is not something farmers face alone, it involves the whole food chain.

"With this Action Plan, we aim to boost demand for organic farming, help consumers make informed choices, and support European farmers in their transition."

To raise awareness on organic production, the Commission will organise an annual ‘Organic day' as well as awards in the organic food chain.

Agriculture Commissioner, Janusz Wojciechowski added: “The organic sector is recognised for its sustainable practices and use of resources.

"The development will be supported by the CAP, research and innovation as well as close cooperation with key actors at EU, national and local level.”